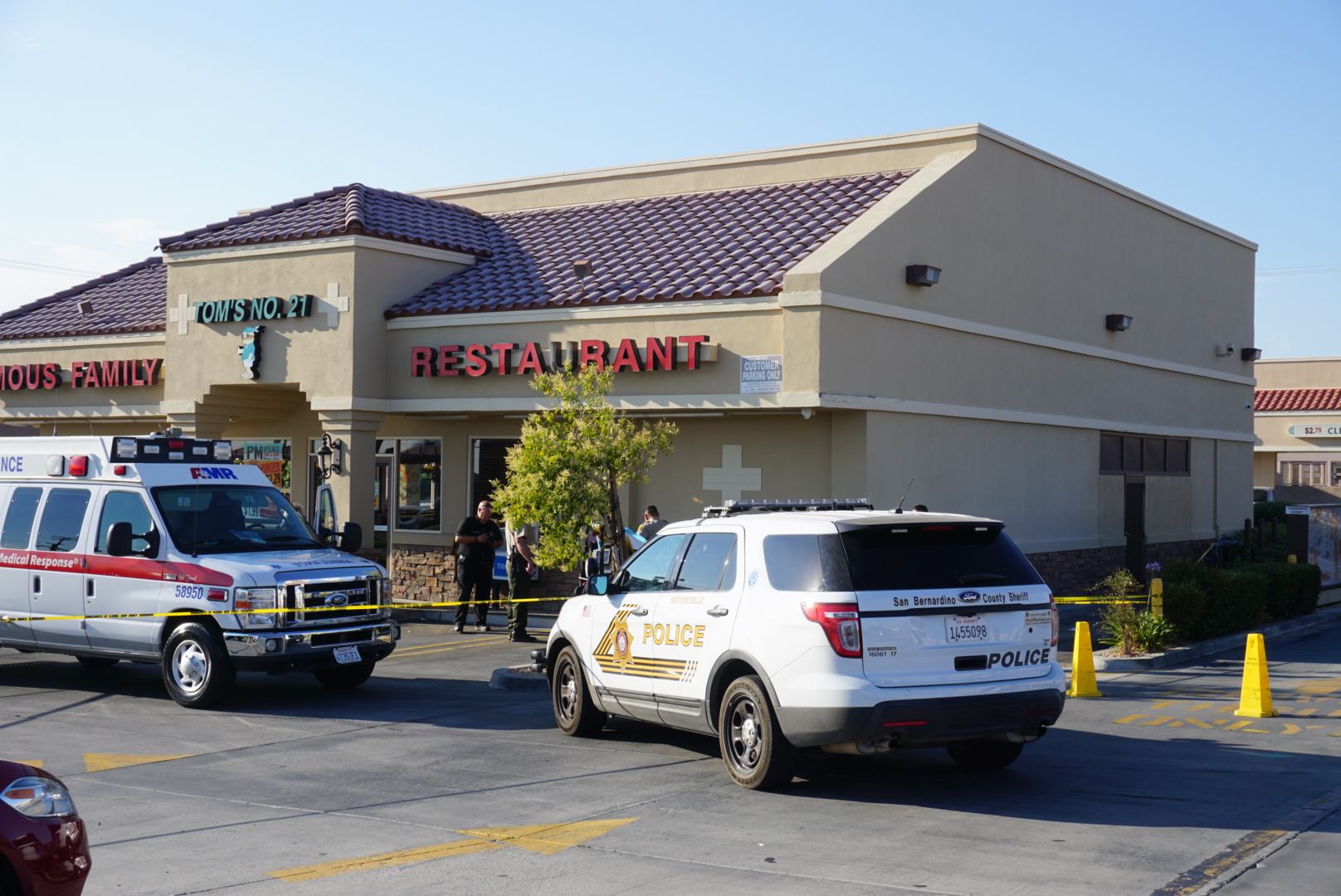 VICTORVILLE:(VVNG.com)- The body of a deceased male was discovered on a sidewalk early Wednesday morning.

At about 7:20 a.m. dispatch received a report of a male adult wearing a black t-shirt and blue jeans lying on a sidewalk and appeared to be unresponsive.

San Bernardino County Fire responded to the parking lot of Tom’s Restaurant at the corner of Palmdale Road and Amargosa Road. Upon arrival, they located a Black male adult near the entrance and pronounced him dead at the scene.

According to San Bernardino County Sheriff’s spokeswoman Mara Rodriguez, it appears the death is related to natural causes. The Coroner’s office has been requested to respond.