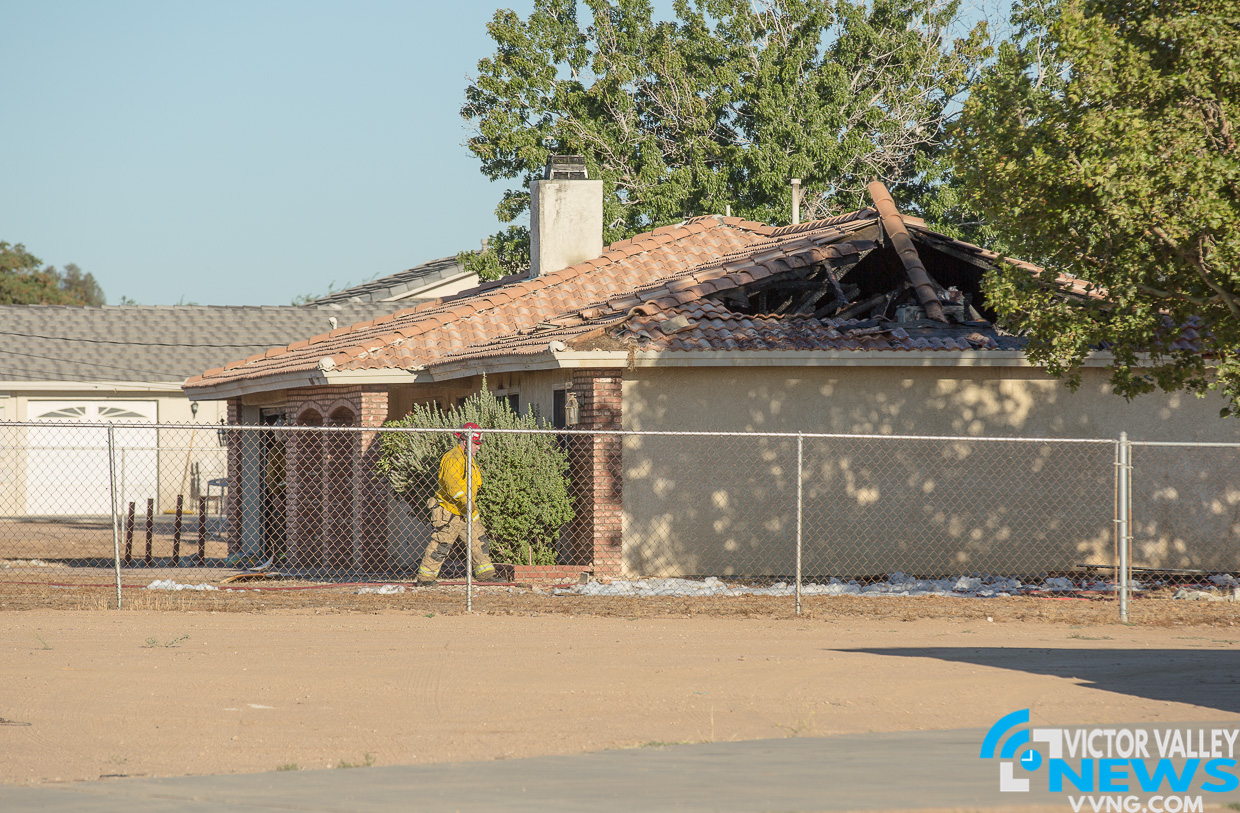 HESPERIA, Calif. (VVNG.com) A deceased male was located in a house that caught fire Wednesday morning.

At around 4:46 a.m. the San Bernardino County Fire Department received two calls regarding a house fire on the 15000 block of Mission Street, just west of 7th Avenue.

As firefighters were setting up to battle the blaze they were advised that a person may have still been inside. However, they located “heavy hoarding” conditions and a roof collapse over the room of origin that forced them to withdraw from the search.

“When they did make entrance initially in the rescue situation, they did encounter heavy hoarding conditions. Which both hampered their efforts to make access to that room and also contributed to the amount of fire inside the structure.

Once they were able to knock the fire down and renter the residence,  they did locate one adult male deceased in the back room where it looks like the fire started, officials said.

Neighbors said the man appeared to have lived alone.

The fire was knocked down by 5:25 a.m., but a portion of Mission Street remained taped off with Sheriff’s crime scene tape as they investigate.

This story is developing and information will be updated as it becomes available.