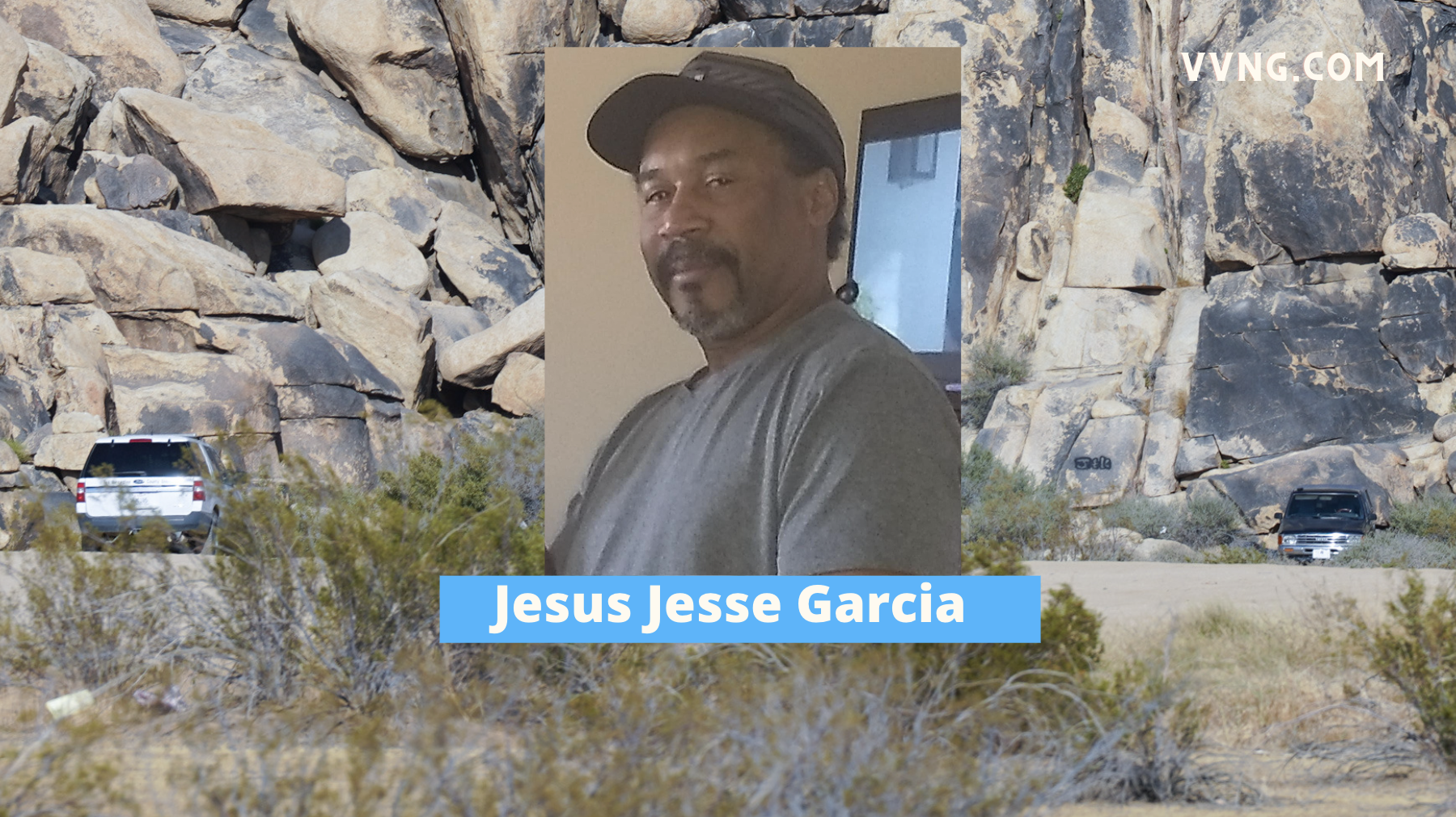 Upon arrival, firefighters located a small black Toyota pickup truck with a camper shell that was backed up to the rock formations. They confirmed a male behind the vehicle was deceased and requested law enforcement to respond.

Jesse’s stepdaughter Deseriee Gonzalez spoke with VVNG and said Jesse had gone missing on the 15th and on the 16th she filed a missing person report. Later that evening, the investigator came to her door and relayed the tragic news.

According to Deseriee a man called 911 and reported an unresponsive man laying on the floor next to his vehicle behind a bush. “They arrived and confirmed it was him through a picture I sent of his ID that matched the ID he had on him,” she stated.

Deseriee said her father was well known for his kindness. “He watched the neighborhood grow up with nearly 3 decades of being the local liquor store guy.”

According to the family, Jesse worked at Mrs. Liquor on Navajo Road for 24 years before he stopped working there at the end of August 2021. During his time there, Jesse became a staple for the community and was highly loved and respected by customers.

VVNG Facebook group members flooded a post about Jesse with prayers and kind memories about the stranger that so many grew to love.

“I can’t believe he is gone. I’ve known him since I came to Apple Valley in 1999 and he watched both of my sons grow up from kids to grown men. This one hit so differently. Rest in peace Jesse, ” commented Kari W. Thomas

“I have known him since I was little when I use to play softball at the park we would go to the store how sad may he rip,” commented Andrea Farmer.

“Praying for his family and loved ones and friends and everyone that was shopping his store and conversate with him. I’ve known him since I was a child he’s been working there forever,” commented Nakita Harris.

“He was such a nice young man. Knew him for many years. He was friends to everyone that ever came in the store. Prayers to his family,” commented Marge Yates.

A candlelight vigil is planned for Jesse at Horsemans Center Park on Saturday, June 18th at 6:00 pm. People wishing to join in the mourning of a great man are encouraged to bring candles, flowers, or photos.

Jesse’s family has set up a Gonfundme campaign to help cover the cost of funeral expenses: Memorial for Jesse Garcia of Apple Valley

The sheriff’s spokeswoman said the Coroner’s Division will conduct the investigation to determine the manner and cause of death.