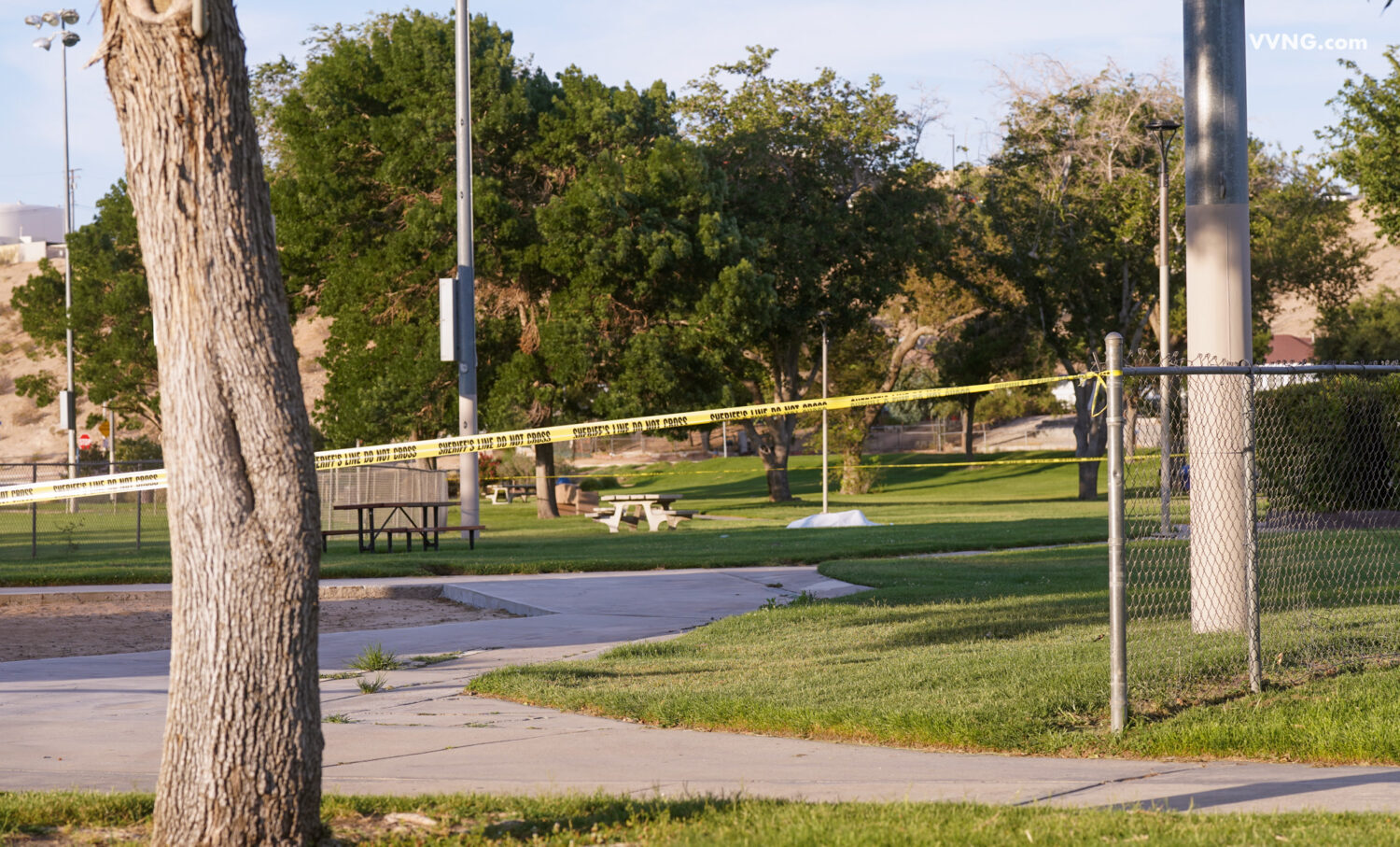 VICTORVILLE, Calif. (VVNG.com) — Police conducted an investigation after a man was found dead at Center Street Park in Victorville.

Sheriff’s spokeswoman Gloria Huerta told VVNG that witnesses reported a possible dead body at the park and when deputies arrived they confirmed the adult male subject was deceased.

The body was covered with a white sheet and the surrounding area was blocked off with caution tape. A deputy in a marked patrol unit remained at the scene while he waited for the coroner to arrive.

No additional information was available and the identity of the deceased will be released pending notification of next of kin.