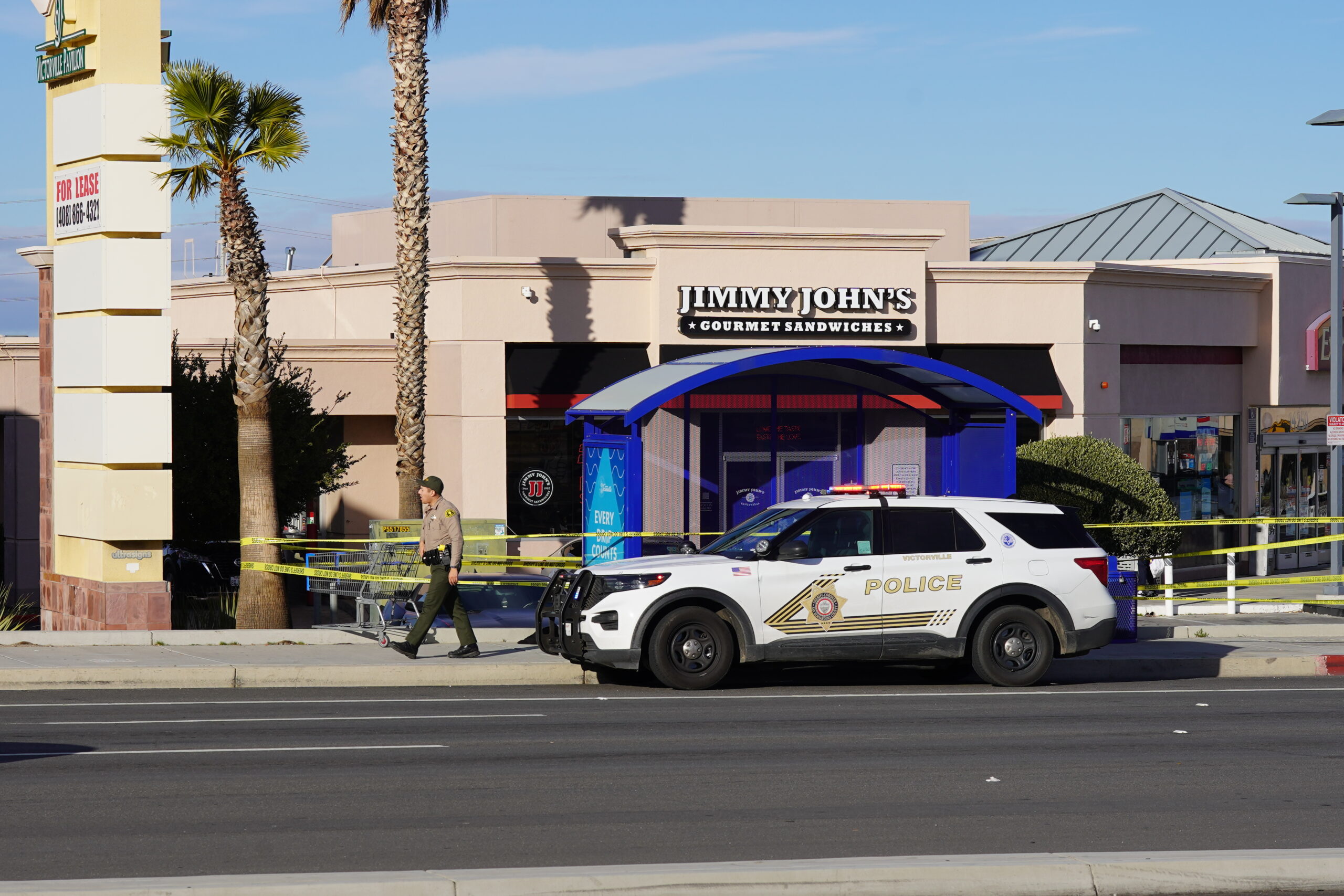 VICTORVILLE, Calif. (VVNG.com) – An investigation is underway after a person was found dead at a bus stop in front of a fast food restaurant in Victorville on Sunday, January 8th, 2023.

The Victorville Fire Department responded to a man-down call at 2:04 p.m. on the 14200 block of Bear Valley Road, just west of Mall Blvd, in front of the Jimmy John’s fast-food restaurant, which is part of the Chevron ExtraMile.

A witness said First Responders arrived onscene and began performing CPR on the man, however, despite life-saving measures, the man was pronounced deceased.

The man was covered with a blanket near the metal bench, which is located under the metal bus enclosure.

An open can of food, shoes, and clothing were located near the bus stop.

The call is currently listed as a death investigation, suggesting that foul play is not suspected at this time, and the San Bernardino County Coroner’s Office was requested to the scene.

The person’s identity has not been released, as this is an active investigation.

Bear Valley Road remains open in both directions, and the incident is not causing any delays in traffic, and there are no road closures in place.