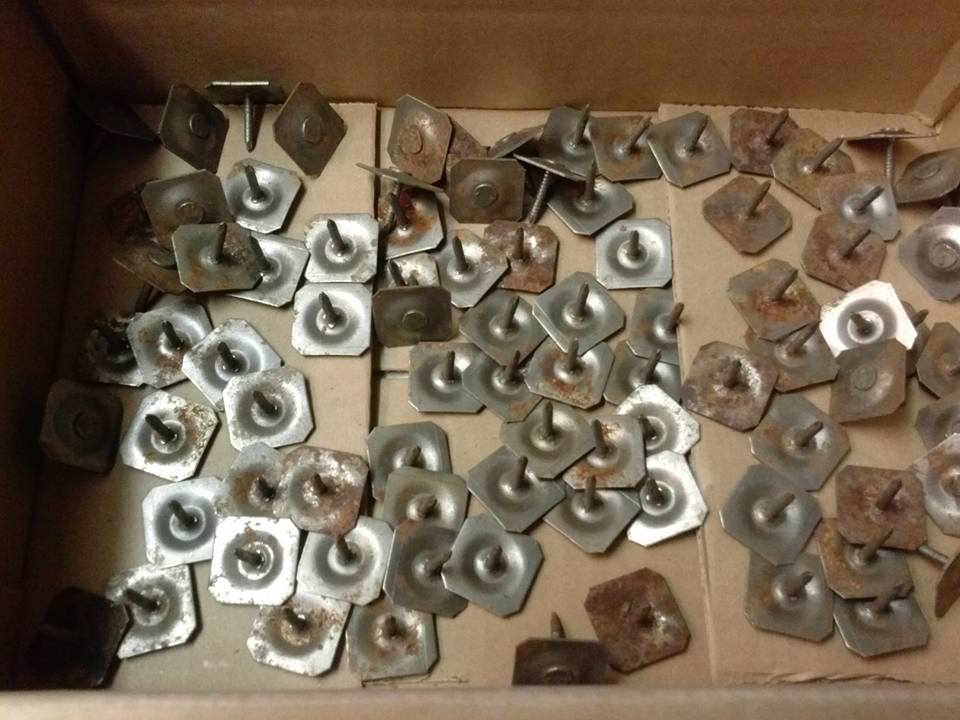 HESPERIA-(VVNG.com): A Hesperia man, was walking his dog southeast of Banyan Avenue and Jenny Street in Victorville when he located a large amount of roofing nails which appeared to be spread intentionally.

Michael Wismer said that he has used this path for many years and as he was walking early this morning he was lucky to see them. Wismer believes that someone intentionally placed the nails there to stop those that race through the trail on quads sometimes, but more often children walk through or play in the area or people walk their dogs.

“I see kids playing in this area along with folks out for a walk with their pets or mountain bikes. There is a break in the fence that separates the power line right of way to the undeveloped land, this is where the nails were placed all facing up,” said Wismer. “They were large enough to go right thru any shoe or animal’s foot. I can’t believe someone would do this.”