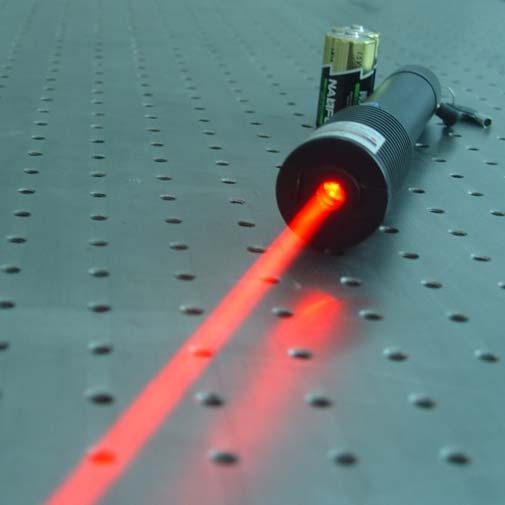 LOS ANGELES: A Los Angeles man has been arraigned in federal court on charges that allege he pointed the beam of a laser at a law enforcement helicopter, announced Bill Lewis, the Assistant Director in Charge of the FBI’s Los Angeles Field Office; and AndréBirotte Jr., the United States Attorney in Los Angeles.

George Sam Elali, 31, of the Boyle Heights area of Los Angeles, was named in a grand jury indictment filed on February 14. Elali is charged with one count of aiming the beam of a laser at an aircraft, a felony offense that carries a penalty of up to five years in federal prison.

On the evening of November 17, 2013, tactical flight deputies with the Los Angeles County Sheriff’s Department were conducting patrol when their helicopter was struck with the beam of a laser, according to investigators. The pilots reported that their aircraft was struck multiple times with a green laser that illuminated the helicopter’s cockpit. Following the alleged laser attacks, the deputies successfully tracked the source of the laser to a suspect located in the backyard of a residence in Los Angeles. Police on the ground responded to the residence and took Elali into custody on state charges of pointing a laser at an aircraft. Elali subsequently posted bail and was released from local custody while a federal investigation by the FBI and the Los Angeles County Sheriff’s Department continued. That investigation resulted in the indictment issued by a grand jury. The state charges against Elali have been dismissed.

Elali was arraigned on the indictment this afternoon in United States District Court in downtown Los Angeles.

In addition to a statutory maximum penalty of five years in federal prison, Elali is also subject to civil penalties by the Federal Aviation Administration.

An indictment contains allegations that a defendant has committed a crime. Every defendant is presumed innocent until and unless proven guilty.

This investigation was conducted by the Los Angeles County Sheriff’s Department and the FBI. Elali is being prosecuted by the United States Attorney’s Office in the Central District of California.

[box type=”info” align=”aligncenter” ]Reports of laser attacks have increased dramatically in recent years as laser devices have become more affordable and widely available to the public. In addition, technology has advanced the effectiveness of laser devices, with a resulting increase in the potential safety hazards for pilots operating aircraft and their passengers and crew. Such safety hazards include temporary distraction and impaired vision, which is particularly dangerous during the critical takeoff or landing phase of flight. In addition, pilots have reported the need to abort landings or relinquish control of the aircraft to another pilot as a result of laser attacks. California consistently leads the nation in reports of laser attacks. According to the Federal Aviation Administration, which compiles statistics on the number of laser strikes in the United States, 3,960 laser attacks were reported nationwide in 2013.[/box]