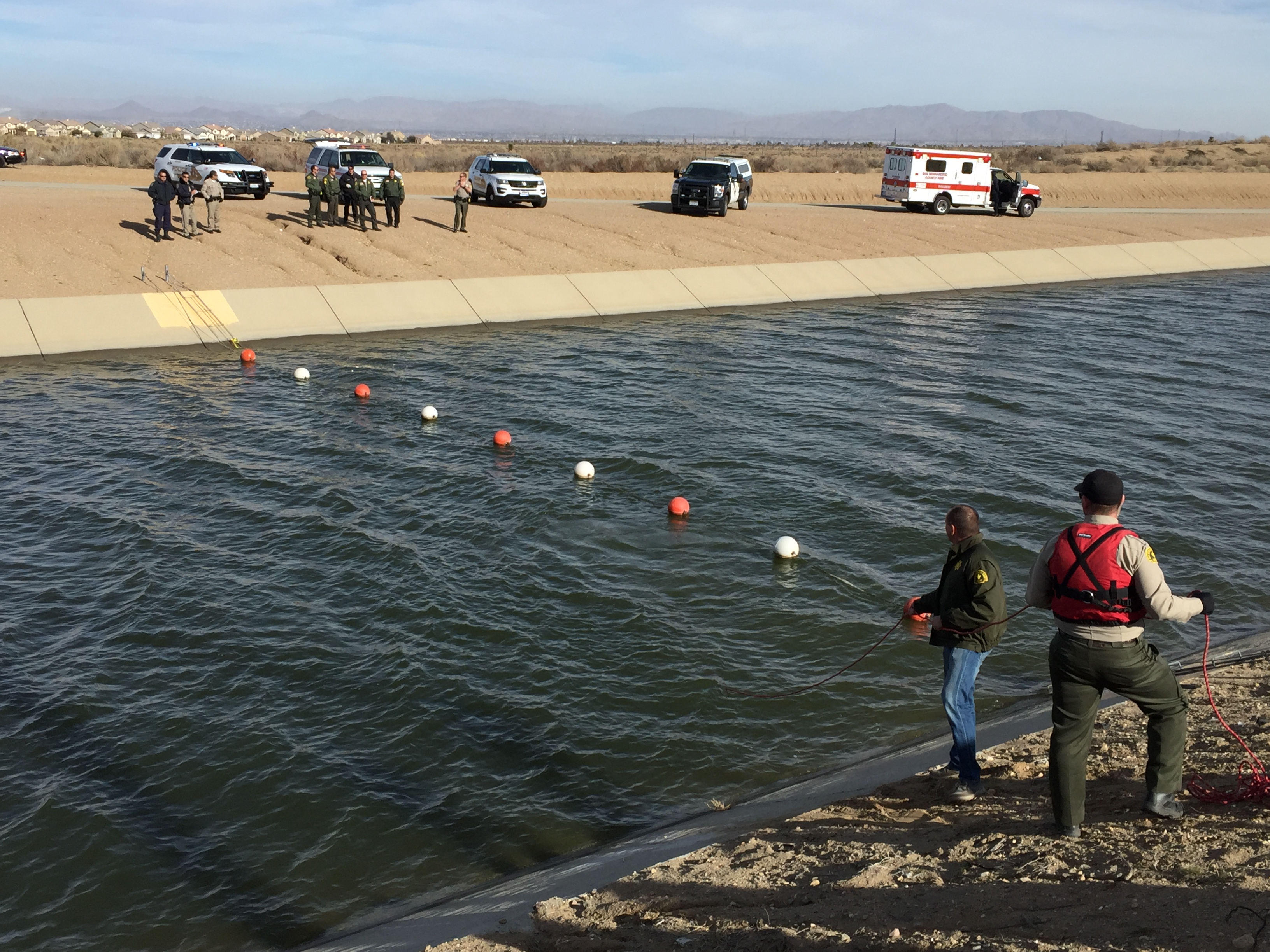 HESPERIA (vvng.com) a man is feared dead after his vehicle dives into the California Aqueduct on Wednesday afternoon near Highway 395.

The mans vehicle was traveling north on Highway 395, between Main st. And Bear Valley road, when for unknown reasons his vehicle left the roadway, breaking through a fence and directly into the swift waters.

The incident happened shortly after 12:30pm and a dive team was immediately called to assist in the rescue, along with two helicopters and several CHP and Sheriff deputies on scene.

According to San Bernardino County Public Information Officer Karen Hunt, with the Hesperia division , the vehicle was described as a possible white scion. She also stated the man was said to have exited the vehicle attempting to swim, but was unable to reach the sides due to the current.

Check back for updates on vvng.com

Related Article: Search to Resume Thursday For Driver Who Disappeared in Aqueduct

80 MPH Winds Topple Over More Than a Dozen Big Rigs