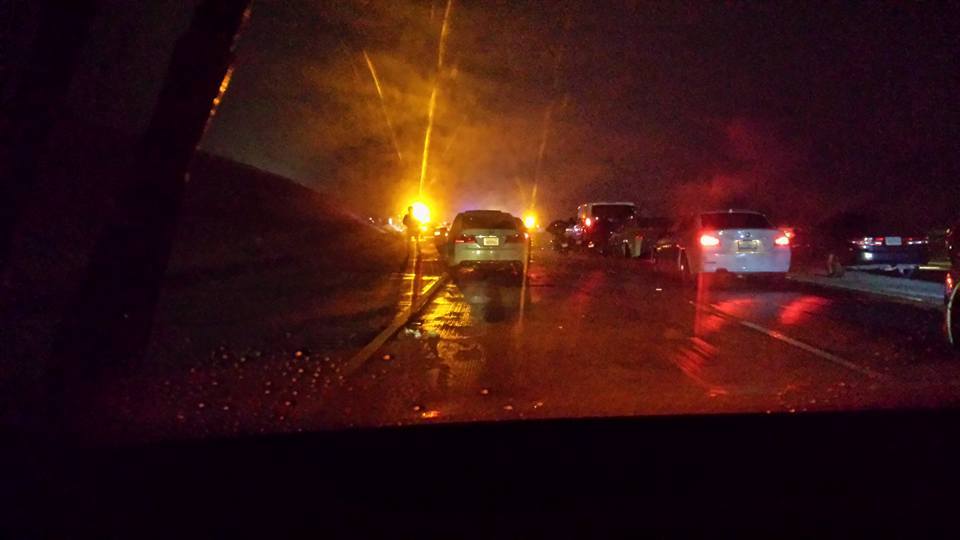 CAJON PASS, CA:(VVNG.com)– On Sunday, October 16th at approximately 2:34 p.m. a 25-year-old Ontario man was involved in a traffic collision on SB I-15 south of Cleghorn.

According to CHP officials, the driver exited his vehicle and was standing in traffic lanes.

A Ford F-350 driven by a Terry Blackwell was traveling in the same area when he notices the man in the lanes of traffic. Mr. Blackwell attempted to swerve to avoid a collision but was unable to avoid colliding with him.

The Ford continued out of control and struck one of the vehicles from the previous collision. Emergency personnel arrived on scene and determined that the pedestrian sustained fatal injuries.

The identity of the deceased is being held pending the notification of next of kin.

At the time of the crash, weather conditions included fog and light rain. Authorities have not determined if they were a factor in the crash. The collision is still under investigation by the California Highway Patrol.

Anyone with further information is encouraged to call Officer McAllister at (909) 383-4247.