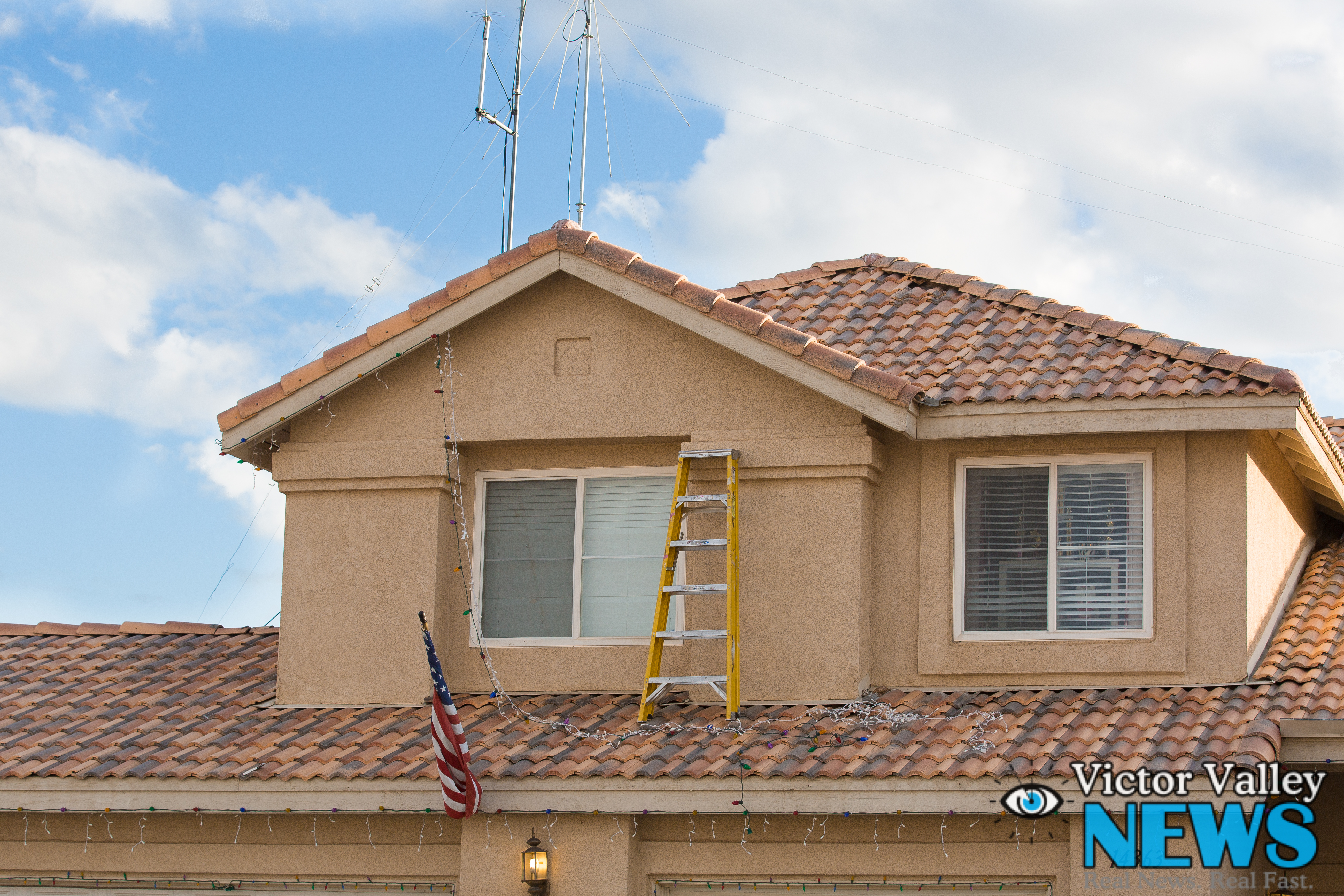 VICTORVILLE, Calif:(VVNG.com)– A 51-year-old man was airlifted Sunday afternoon after he fell from his roof while hanging Christmas lights.

At about 1:49 p.m. dispatch received reports of a male who had fallen from a roof on the 14400 block of Via Roca in Victorville.

A yellow ladder was propped up on the roof against the exterior of the second floor as the man attempted to hang lights on the edge of the two-story home.

The patient was transported by ground ambulance to Liberty Park where the landing zone was established.

The incident prompted San Bernardino County Fire to call on residence to be safe this Holiday season while putting up lights. This includes wearing proper footwear and ensuring equipment such as ladders are in good working condition and used on a stable ground.

In fact, during the months of November and December, there were 15,000 injuries involving holiday decorating seen in emergency department nationwide in past years, per the CPSC. These numbers tend to increase year over year.

It’s unknown of the injured male had a spotter with him at the time of the incident.

The man’s prognosis was not readily available Sunday afternoon.