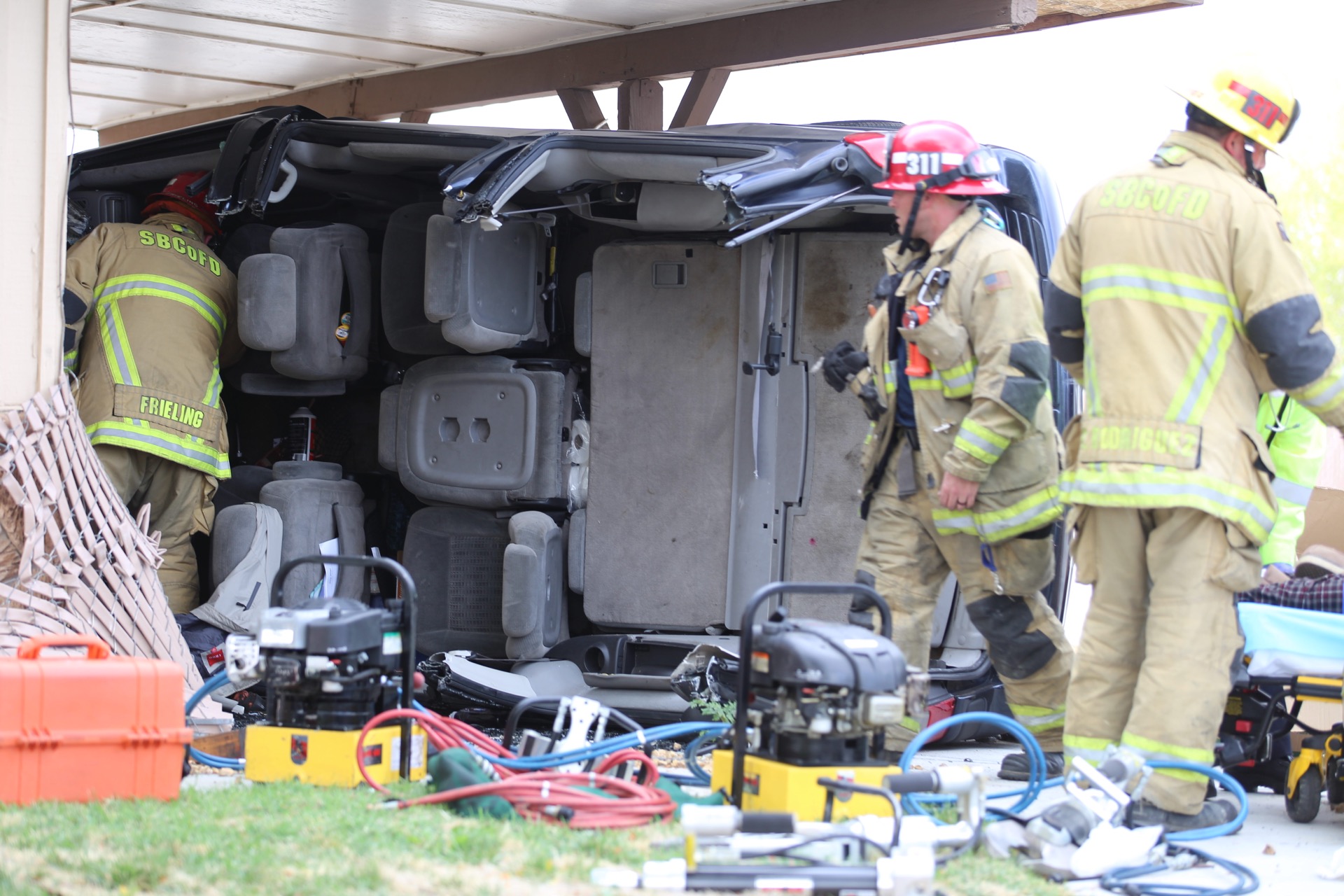 Victorville, Calif. (VVNG.com) One person required extrication from their vehicle after crashing into a home in the Spring Valley Lake community.

The accident occurred around 3:11 p.m. on Thursday afternoon on the 13600 block of Riverview Drive.

It took firefighters approximately 25 minutes to extricate the male victim from the blue Chevrolet Venture.

According to Officer Krahn with the California Highway Patrol Victorville division, the driver was traveling on Riverview Drive in a westerly direction when for unknown reasons, the vehicle jumped the curb and came to rest on its side against the house.

No one was home at the time of the accident and the house did not sustain any major structural damage.

The driver appeared to have sustained a head injury but was conscious and alert.

As a precaution the male patient was flown by helicopter to a trauma center for his injuries.

The cause of the accident is currently under investigation.

A male driver was extricated from his vehicle and transported by helicopter to a trauma center. (Gabriel D. Espinoza, Victor Valley News)