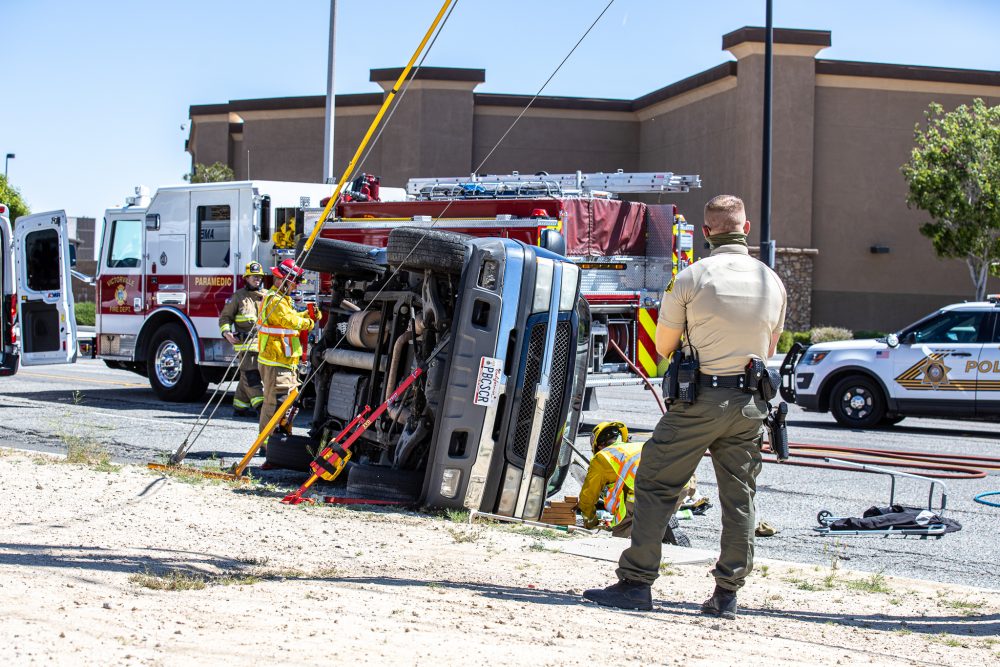 VICTORVILLE, Calif. (VVNG.com) — A man was extricated from a pickup truck following a rollover crash Saturday morning in Victorville.

At 10:29 a.m., Victorville Fire Department, AMR, and deputies from the Victorville Police Department responded to a crash on Amargosa Road just north of Roy Rogers Drive.

Upon arrival, they located a black 2005 Chevy Silverado that was overturned in the #2 lane of Amargosa Road, with a male driver trapped inside.

Arlene Montañez told Victor Valley News she was driving to the bank and noticed a cloud of dust in the area, and that’s when she realized it was a crash.

“I stopped and called 911 and then walked over to check on the driver,” Montañez said. “He was an elderly man, and he was yelling in pain because his arm was pinned.”

Just before 11:00 a.m., firefighters were able to cut away a portion of the roof and remove the driver.

The man was transported to Victor Valley Global Medical Center for treatment of minor injuries.

Southern California Edison was requested to respond to the scene and ensure that a nearby utility pole was not damaged.

Both lanes of southbound Amargosa Road were shut down for about an hour.