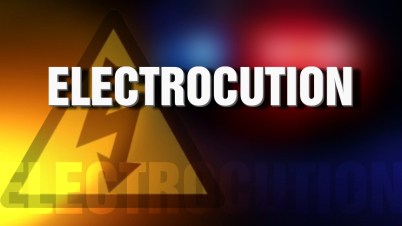 At 2:41 a.m. on Tuesday, October 11, 2016, Sheriff’s Dispatch received a call from a Southern California Edison employee regarding a man down at the old Wal-Mart location at 15272 Bear Valley Road.

According to the reporting party, at approximately 1:00 a.m. he received notification that a transformer at the Bear Valley Rd. location had been completely shut down. He reported to the location and found the suspect lying near the transformer. The suspect was breathing and appeared to be in severe pain, suffering burns to over half of his body. Evidence at the scene indicated that the suspect had broken into the transformer case in an attempt to steal wiring. When the suspect began cutting the wires he received an electrical shock, causing the severe burns.

The damage to the transformer caused a major power outage to a very large portion of the community. Southern California Edison is working on repairing the transformer and restoring power.

The suspect, later identified as Eric Hester was transported to Arrowhead Regional Medical Center to be treated and his condition is not known at this time. The case will be forwarded to the District Attorney’s Office for review.

Bicyclist Seriously Hurt After Being Struck by Vehicle in Victorville