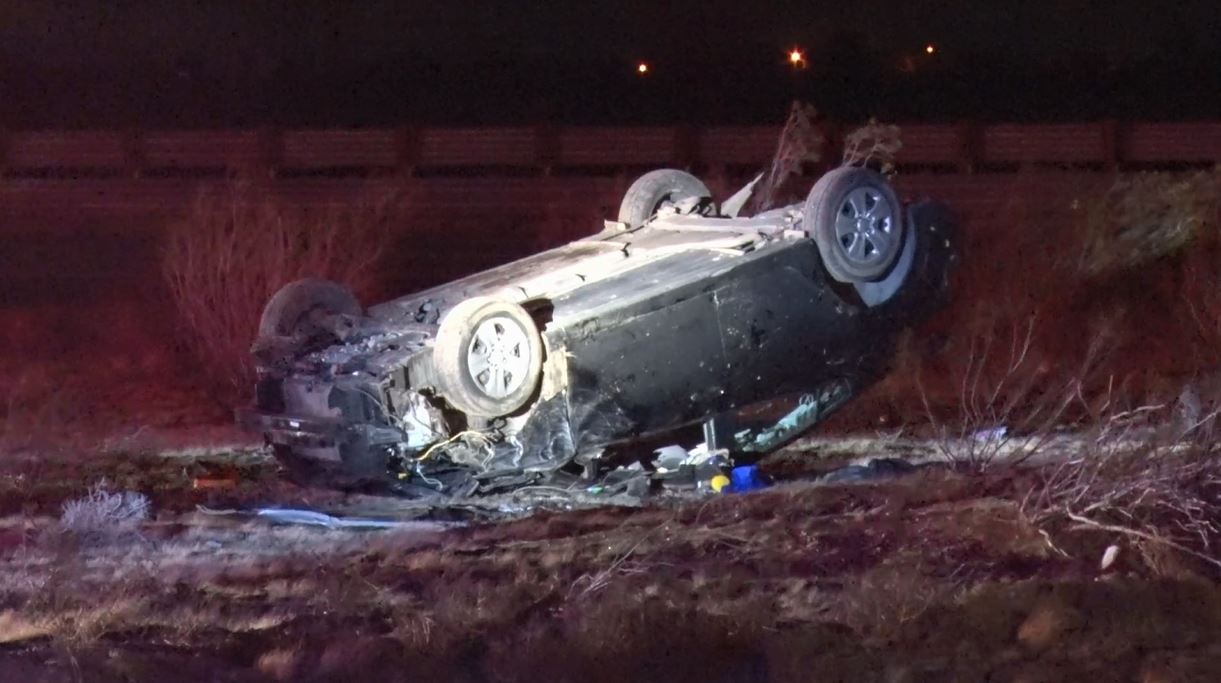 HESPERIA, Calif. (VVNG.com) A 24-year-old man was ejected from his vehicle but thankfully only sustained minor injuries.

On January 11, 2017, at approximately 12:23 a.m., Deputies with the Hesperia Sheriff Station responded to the area of Mariposa Road and Eucalyptus Street for reports of a single vehicle rollover traffic collision.

Upon arrival, Deputies located a 2015 Kia Forte in the desert area between Mariposa Road and the northbound I-15 Freeway.

Authorities learned through investigation that the vehicle was traveling northbound on Mariposa Road approaching the “S-turn” and for unknown reasons the vehicle veered off the roadway rolling several times.

The driver, Salvador Gutierrez-Ramirez, was ejected from the vehicle and sustained minor injuries.

Gutierrez-Ramirez was transported by ambulance to a trauma center as a precaution.