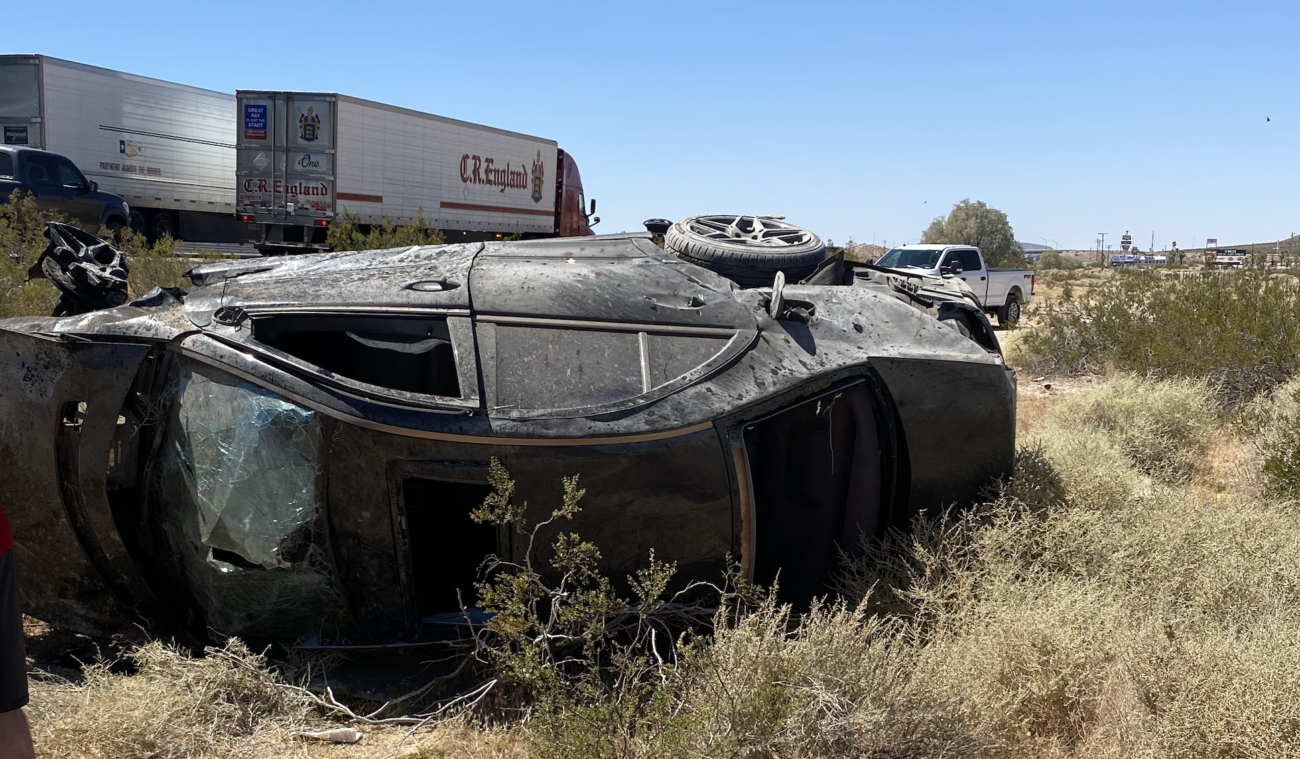 BARSTOW, Calif. (VVNG.com) — A man critically injured in a crash on the southbound I-15 Sunday afternoon was airlifted to a trauma center.

For reasons still unknown, a black sedan overturned onto the right-hand dirt shoulder of the freeway causing the male driver to be ejected.

A witness who asked to remain anonymous said a couple of Good Samaritans located the male driver after they heard him in the distance and found him partially covered by part of the bumper on top of him.

People at the scene assisted the passenger in getting out of the vehicle. According to the witness, the passenger appeared disoriented, confused, agitated, and eventually started running southbound away from the scene.

Emergency personnel requested a Mercy Air helicopter to land at the scene and airlift the male driver to a trauma hospital.

A CHP helicopter also responded and assisted in locating the male who attempted to flee from the scene. Per the logs, the suspect attempted to enter a strangers vehicle. He was subsequently apprehended by law enforcement and taken into custody.