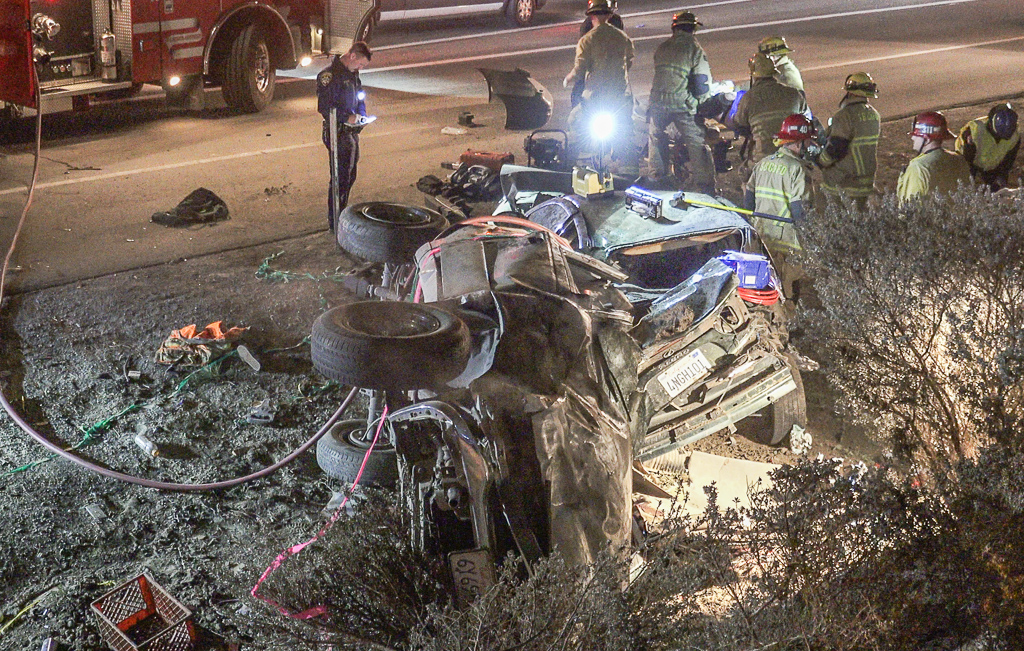 VICTORVILLE, Calif. (VVNG.com) —  A man was ejected after a crash on the 15 Freeway in Victorville on Christmas Eve, and a woman was seriously injured.

The crash was reported on Monday, December 24th, 2018 at 6:53 p.m. on the southbound 15 Freeway between Roy Rogers Drive and Palmdale Road.

Two vehicles with major damage, an unknown type pickup truck and a 2000 Oldsmobile Alero, were located on the right shoulder. The truck was on its side.

The man who was ejected from the pickup truck was rushed to a hospital and then airlifted to a trauma center.

A woman inside the truck had to be extricated from the crash and then flown to an out-of-area trauma center.

According to the California Highway Patrol incident logs, both vehicles had rolled during the crash.

The Palmdale Road offramp was temporarily closed. No further details were immediately available.