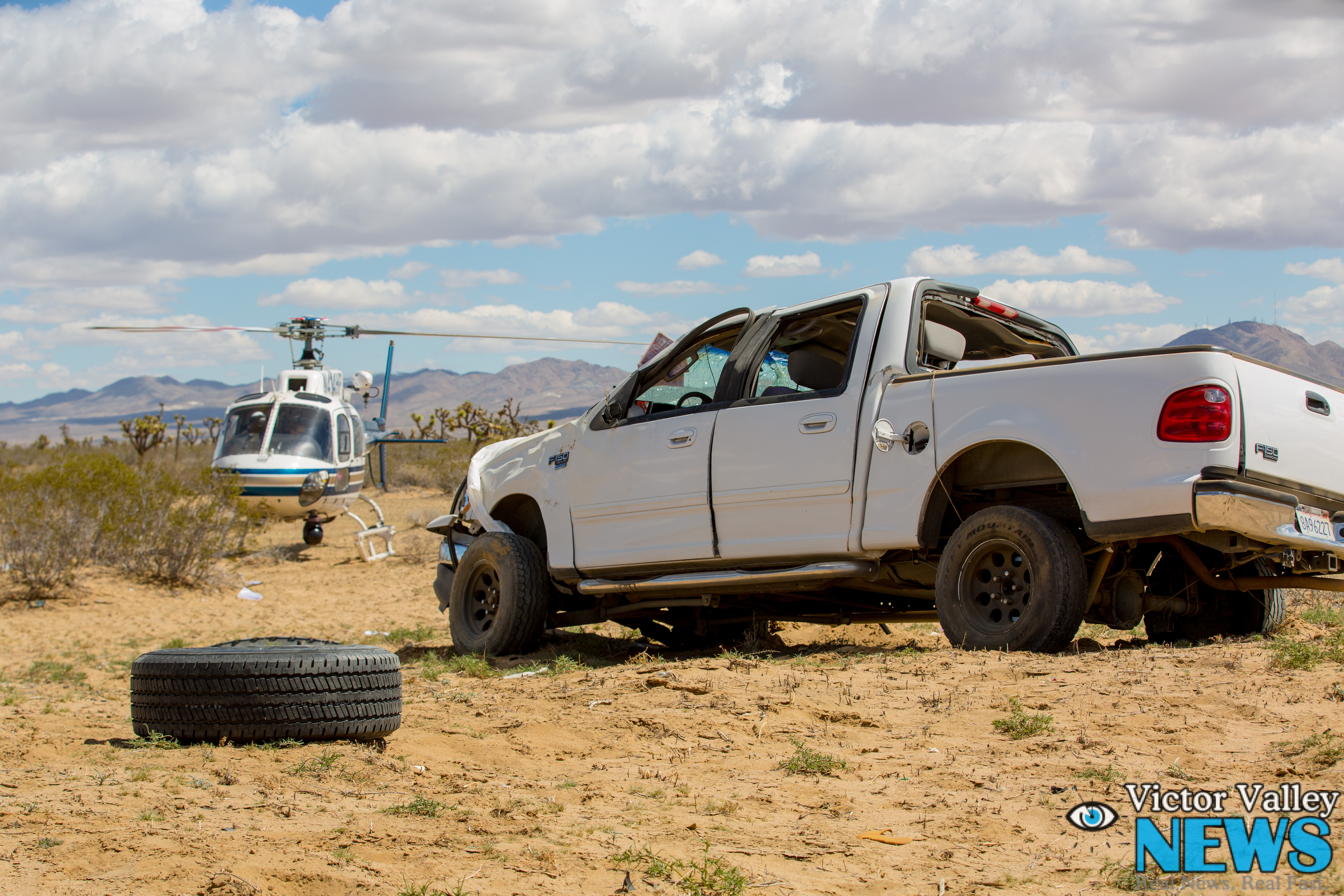 ADELANTO:(VVNG.com)- One person was airlifted following a rollover crash after being ejected from the vehicle.

The single vehicle rollover crash was reported at about 11:48 AM., on Tuesday, March 29, 2016, on Highway 395 just south of Coronado Avenue in Adelanto.

For unknown reasons a white Ford F-150 traveling southbound on Highway 395 lost control and veered off the roadway. The truck rolled several times, ejecting the driver of the truck.

According to California Highway Patrol incident logs, CHP helicopter H82 landed near the crash site and the patient was airlifted to Loma Linda University Medical Center. The patient is listed as being stable. There were no other injuries reported as a result of this collision.

At this time, the cause of the accident remains under investigation. Please check back later for more details.