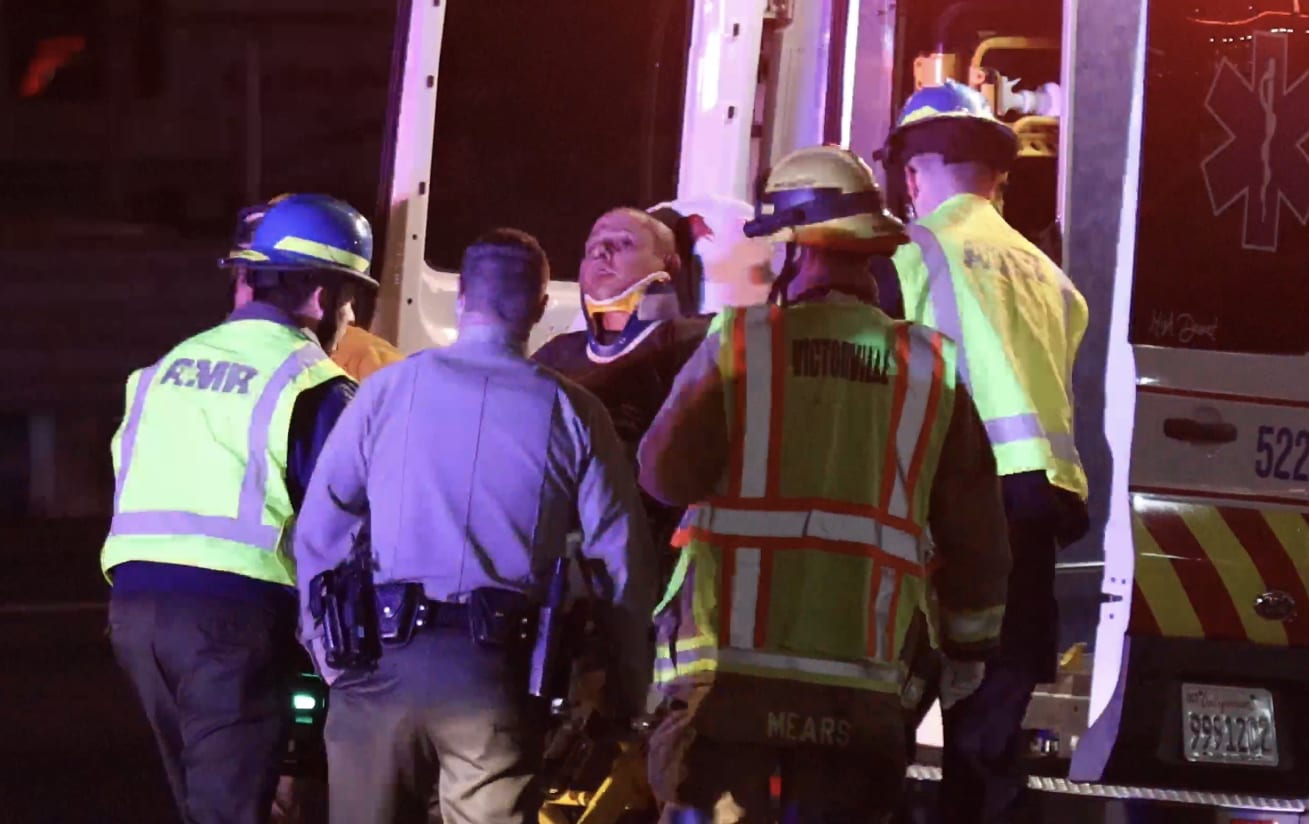 On December 3, 2019, Deputy D. Rapisardi, with the Victorville Police Department, located a vehicle stopped in the middle of a residential street, with its lights off.

As the deputy drove up to the vehicle the driver sped away quickly and ran a stop sign.

A traffic stop was attempted at Bear Valley and Topaz. The driver failed to yield, and a pursuit was initiated.

Silvas continued to drive erratically and entered the southbound 15 Freeway.

“He lost control of the vehicle, causing it to roll over on the freeway. Silvas was ejected from the vehicle during the rollover and airlifted to a nearby hospital. His condition is not known at this time,” stated officials.

The female passenger in the vehicle with Silvas was not injured.

During the investigation, deputies discovered the vehicle had been stolen from a residence in Victorville. Silvas is facing charges for evading a Peace Officer, vehicle theft, and possession of a stolen vehicle.

Anyone with information about this investigation is asked to contact Deputy D. Rapisardi at the Victorville Police Department at (760) 241-2911 or Sheriff’s Dispatch at (760) 956-5001.