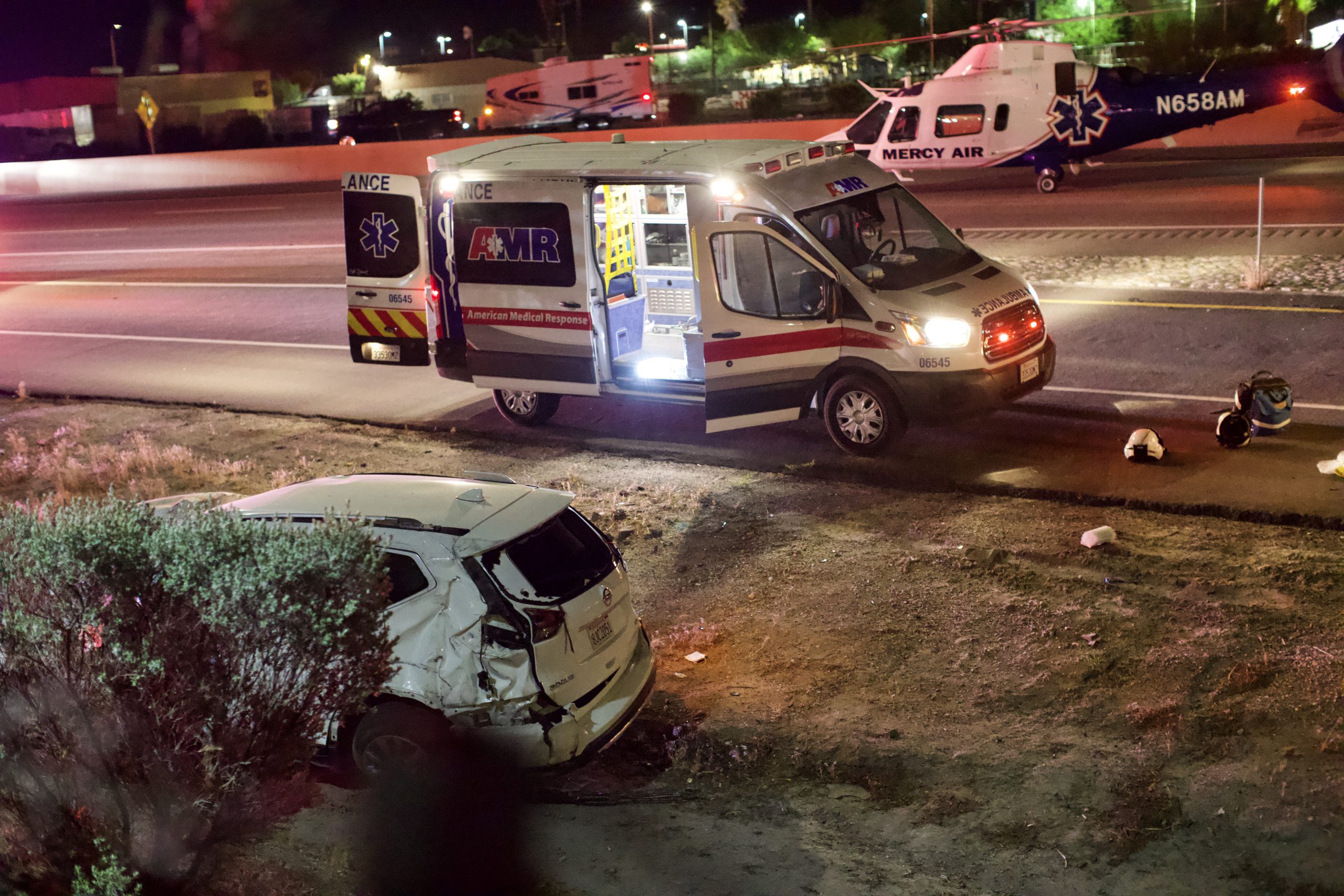 VICTORVILLE, Calif. (VVNG.com) A man was airlifted to a trauma center after he was ejected from a crash on the 15 freeway Friday night.

On May 15, 2020, at 9:54 p.m., the California Highway Patrol, AMR, and the Victorville Fire Department responded to a rollover crash on the southbound 15 Freeway at the Palmdale Road offramp.

Upon arrival, emergency crews located the driver of a white 2019 Nissan Rogue who was ejected and lying on the ground.

Firefighters performed CPR on the man and moments later he was airlifted to an out-of-area trauma center.

A second involved vehicle, a Ford F-150, was also involved but only sustained minor damage, according to CHP logs.

The 15 freeway was shut down as a Mercy Air helicopter landed at the scene.

A man who pulled over to speak with CHP officials at the scene was arrested for unknown reasons.

This is a breaking news story, please check back for more updates.