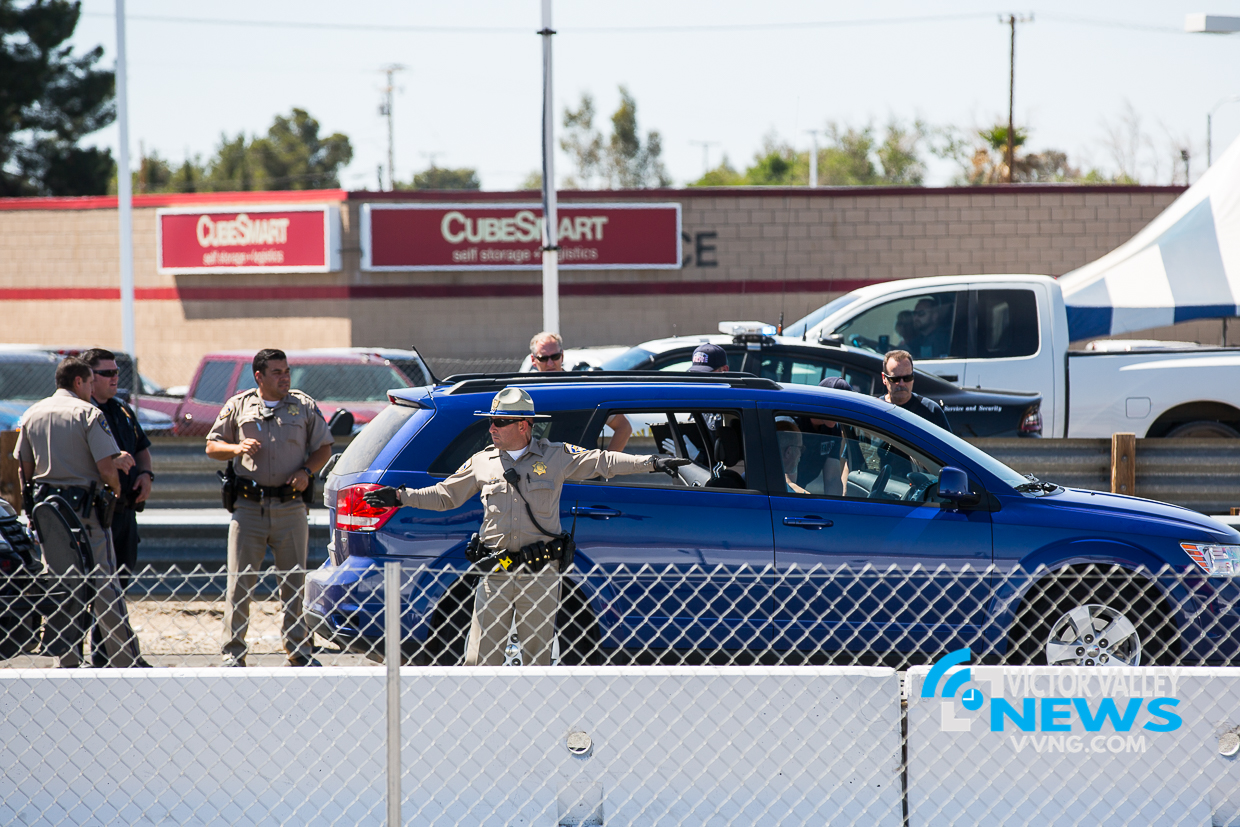 VICTORVILLE, Calif. (VVNG.com) An unconscious 73-year-old male driver coasted along the I-15 freeway for nearly 3 miles before the vehicle came to a stop Tuesday afternoon.

At about 2:15 p.m. on May 2, 2017, officers with the California Highway Patrol responded to reports of a pursuit along the northbound 15 freeway near Bear Valley Road.

Officers located the vehicle, a blue 2012 Dodge Journey occupied by its male driver and two female passengers. The vehicle failed to yield to lights and sirens leading CHP officers on a brief slow speed pursuit for approximately 3 miles. The vehicle continued coasting at speeds of 10-20 mph as it straddled the center median and no.1 lane.

The officer initiated an enforcement stop and the vehicle finally came to an abrupt stop just north of Nisqualli Road.

“During the investigation, officers determined the driver was unconscious and suffered a “diabetic emergency”, stated CHP Officer Matt Hunt.

According to Officer Hunt, “the front right passenger and rear passenger were able to bring the vehicle to a stop while the unconscious driver was still seated in the driver seat.”

“Thanks to the courageous efforts of the passengers the vehicle safely came to a stop without causing any traffic collision,” said Hunt.

The male driver was transported to Desert Valley Medical Center via ground ambulance and no other injuries were reported.

Northbound traffic was temporarily halted while officers assessed the situation. Impatient drivers could be seen driving the wrong way on the northbound Nisqually Road on-ramp. 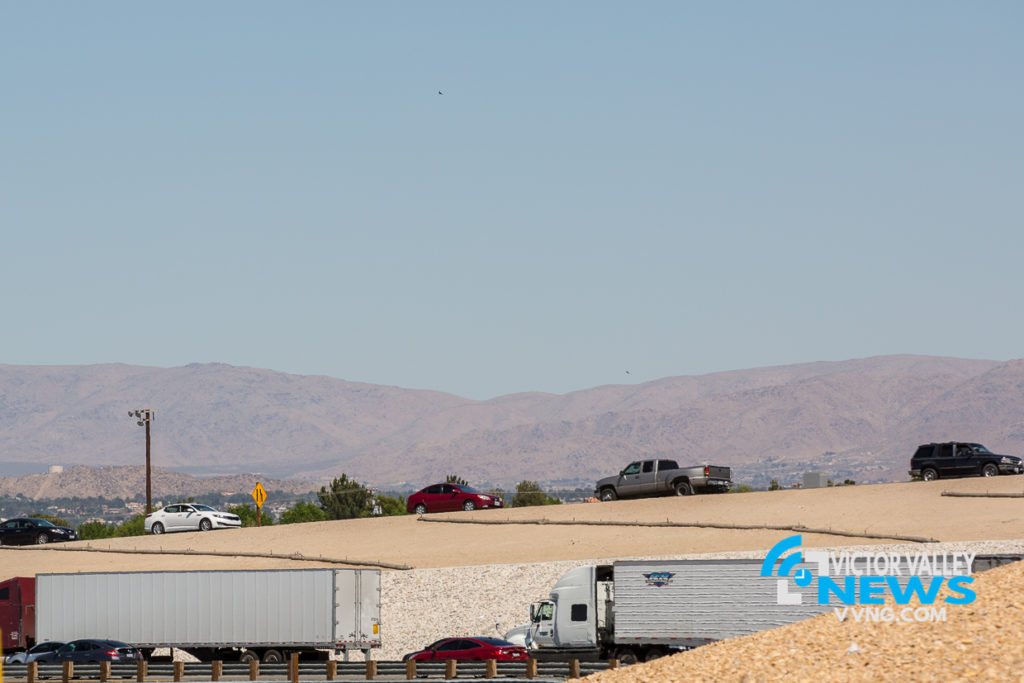 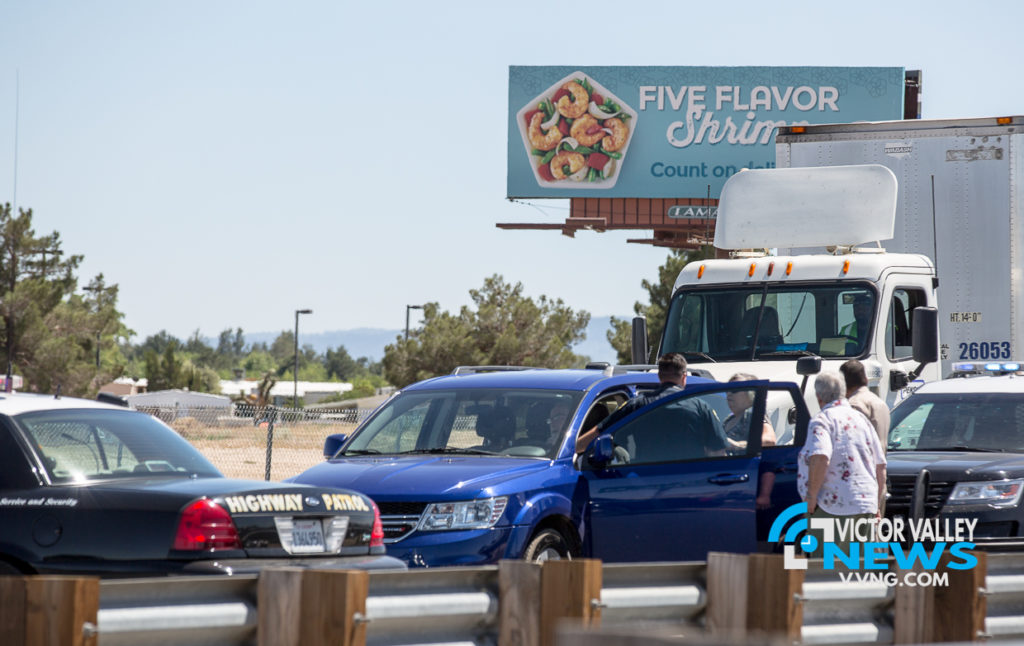