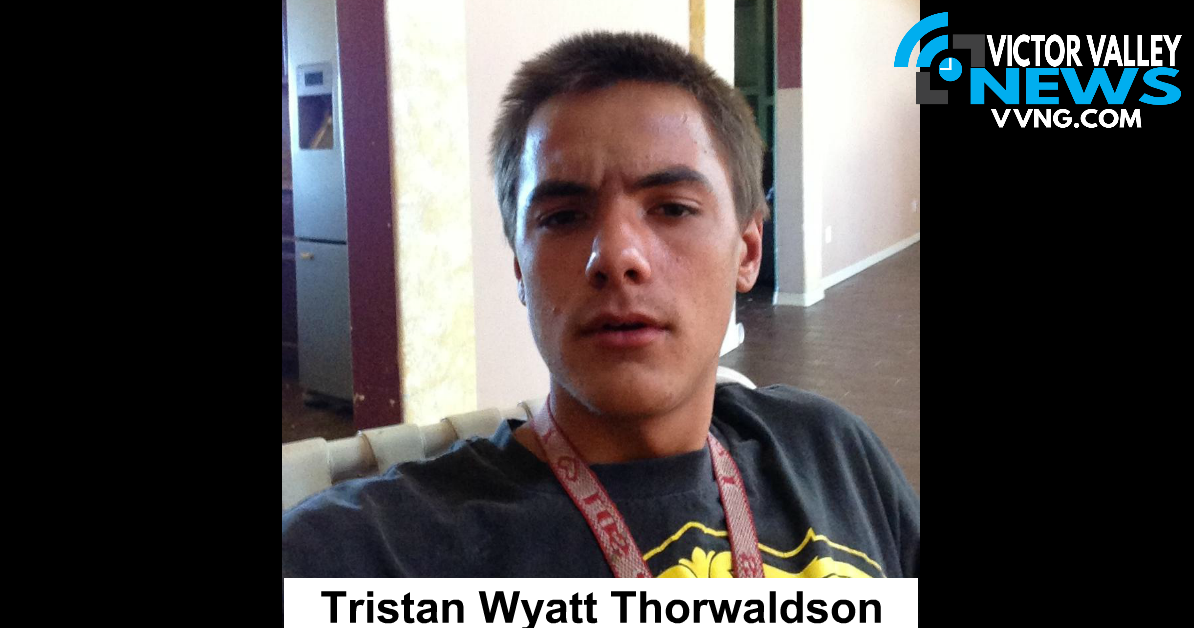 On March 5, 2017,  Deputy Jared Rodgers conducted a welfare check on a person inside of a parked vehicle at the Chevron Gas station at Escondido Avenue and Ranchero Road.

The deputy made contact with the occupant and the suspect refused and began to drive away.

Deputy Rodgers was afraid he would have been run over, so he grabbed onto the driver’s side window frame of the vehicle as the suspect, later identified as Tristan Wyatt Thorwaldson, drove away. Thorwaldson drove at a high rate of speed, dragging Deputy Rodgers approximately 230 feet, according to a Sheriff’s press release.

Deputy Rodgers was able to let go of the vehicle as the suspect slowed to turn a corner. Deputy Rodgers suffered minor injuries and received treatment at a local hospital.

Deputies from various agencies responded to assist in the apprehension of Thorwaldson and pursued Throwaldson through Hesperia and Victorville for approximately 6 ½ miles.

Thorwaldson was taken into custody in the 12800 block of Sixth Avenue in the City of Victorville without further incident. He was booked at High Desert Detention Center where he is currently being held in lieu of $1,000,000 bail.

Anyone with information regarding this crime is urged to contact Deputy Kevin Riberich at the Victor Valley Sheriff’s Station, (760) 552-6801. Persons wishing to remain anonymous can report information to WeTip by calling 1-800-78-CRIME, or by accessing the website at www.wetip.com.