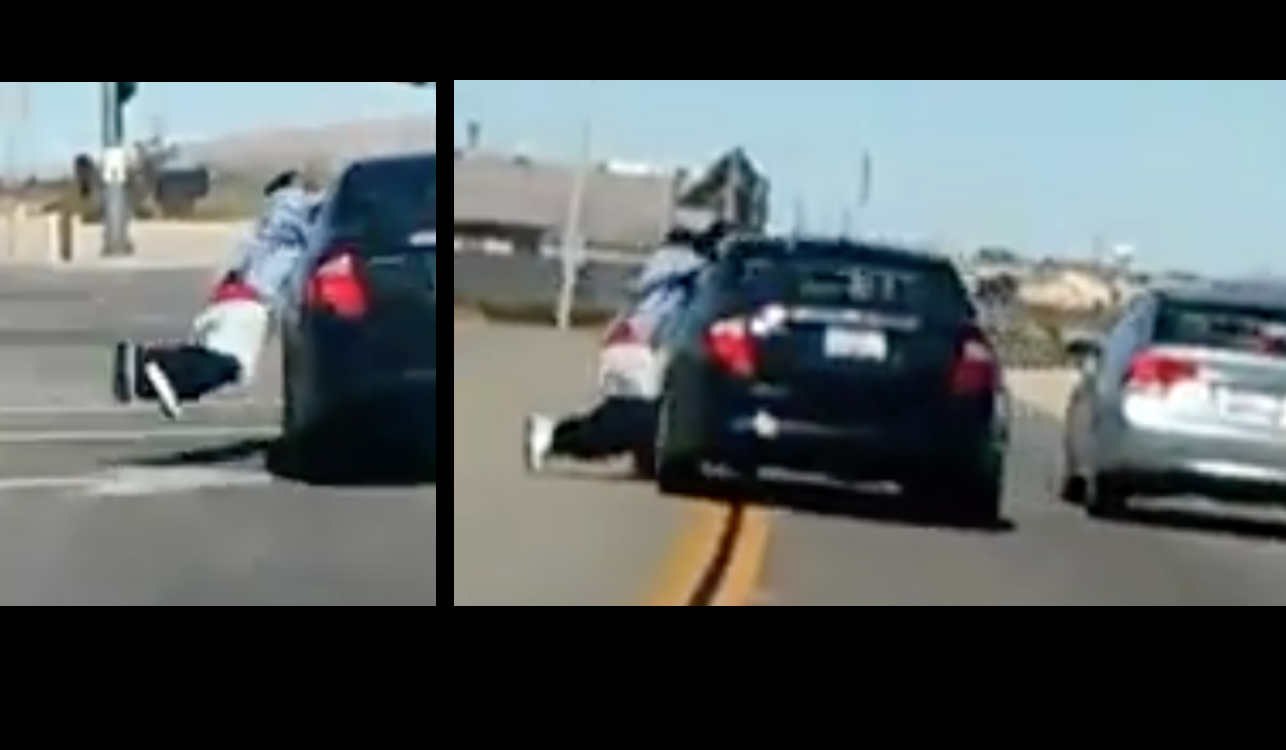 VICTORVILLE, Calif. (VVNG.com)– Shocking video reveals a man being dragged by a car through the streets of Victorville while the victim held on for dear life.

The bizarre incident began at the Rancho Seneca Apartments Thursday afternoon when the victim’s puppy was stolen.

According to the victim’s mother Charlotte Sanders, her son reached into the vehicle trying to grab his puppy. She said the driver drove off at a high-rate of speed while her son grabbed onto the vehicle.

Mawusi Fiagbenu captured the video footage on her cell phone and couldn’t believe what she was seeing.

“Both of his arms were in the window and the windows were rolled up and he was hanging out the car. The car drove out of the Rancho Senecas and drug him all the way down to Mojave, made a right on Mojave and then dropped him off right here on Ashley Glen when the man finally opened the window and let him out.” Fiagbenu said.

The suspect drove erratically down several busy streets before he stopped near Village Elementary School and opened up the window causing the victim to fall to the ground.

The victim was transferred by ground ambulance to a local hospital with cuts and scrapes to his knees and injuries to his arm.

Deputies were searching the area for the suspect but had no luck.

“The only description was a dark colored Honda, driven by a black male adult with a pony tail. Neither the suspect nor the vehicle were located,” stated Victorville Sheriff’s Spokeswoman Mara Rodriguez.

Although initially reported as a Honda, it’s believed the car is a Ford Fusion according to video review.

The 2-month-old pit bull was never located either.

The victim’s shoes were damaged as result of being dragged. (Charlotte Sanders)

The pants worn by the victim were torn during the incident. (Charlotte Sanders)

The stolen puppy was never located.