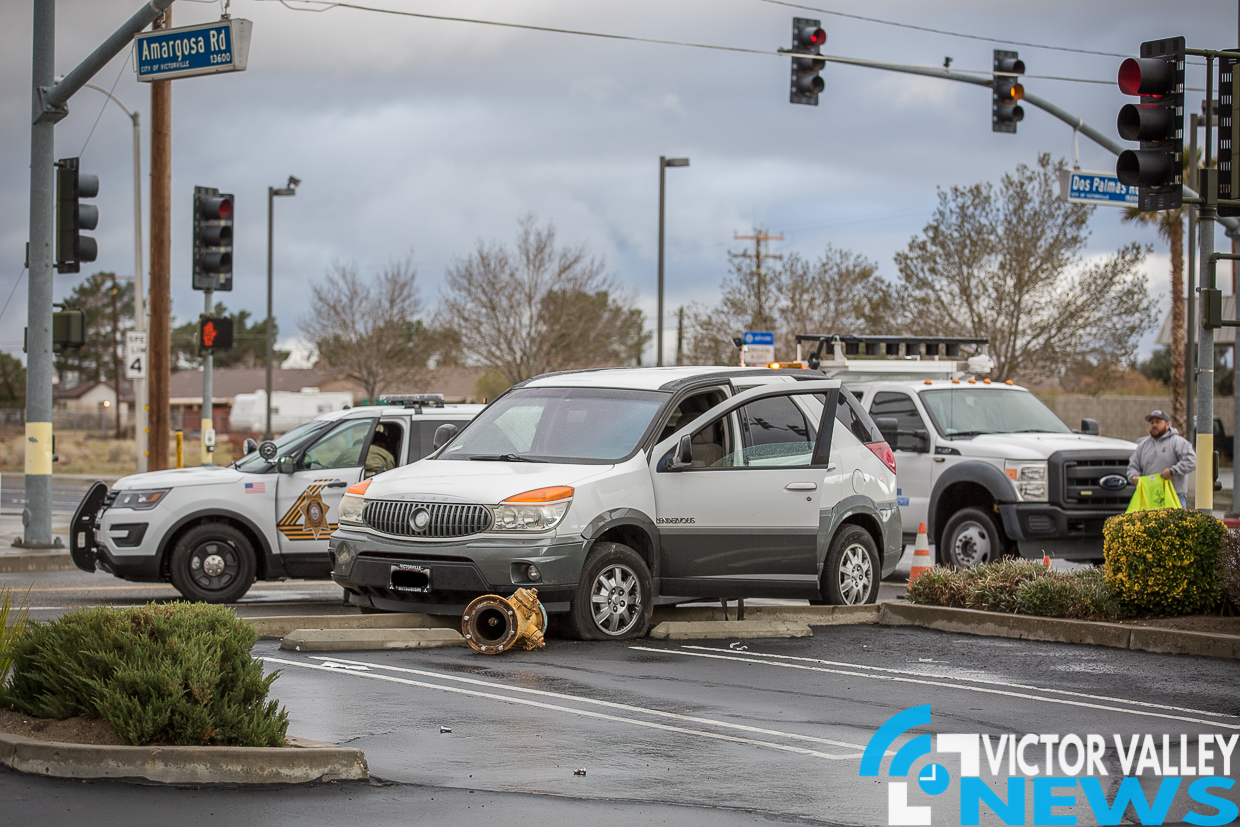 VICTORVILLE, Calif. (VVNG.com)- A man was pronounced dead Saturday morning after he crashed into a fire hydrant and was found unresponsive.

At about 7:07 a.m. 911 dispatch received a report of a single vehicle traffic collision at Dos Palmas and Amargosa Road in Victorville.

When authorities arrived on scene, they located a white 2003 Buick Rendezvous on the curb along the west side of Amargosa Road. A fire hydrant was knocked over during the crash.

The 47-year-old man was taken to Victor Valley Global Medical Center where he was pronounced dead at 8:00am. Police on scene said the driver had a medical emergency.

The identity of the man was not released.