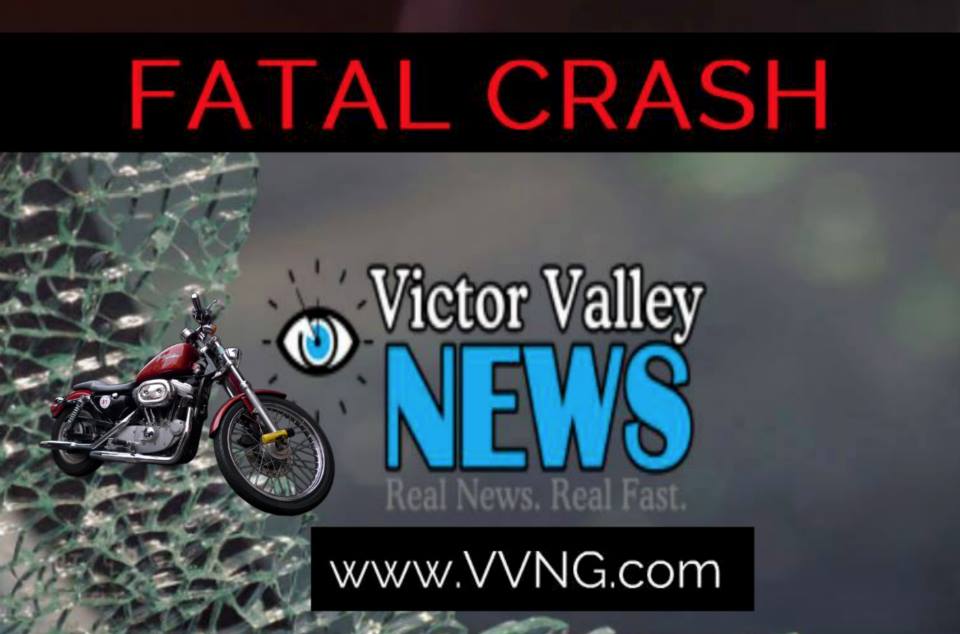 ORO GRANDE-(VVNG.com):  One man died as a result of major injuries caused by a  Tuesday evening traffic collision on National Trails Highway near Wilderness Court. The collision was reported at around 4:20 p.m. and involved two cars and one motorcycle.

Per scanner traffic, the male motorcyclist was hit by a vehicle causing the motorcycle to collide with a second vehicle. CHP officials, as well as medical personnel, requested an airship that was later cancelled due to the condition of the motorcyclist making a turn for the worse requiring advanced life support.

He was transported to Victor Valley Global Center and was later pronounced deceased.  The name of the deceased man will be withheld pending notification of next of kin by the San Bernardino County Sheriff’s Deputy Coroner.

There were no other injuries reported as a result of the collision. All lanes were opened to traffic at 6:00 p.m. on Tuesday evening.