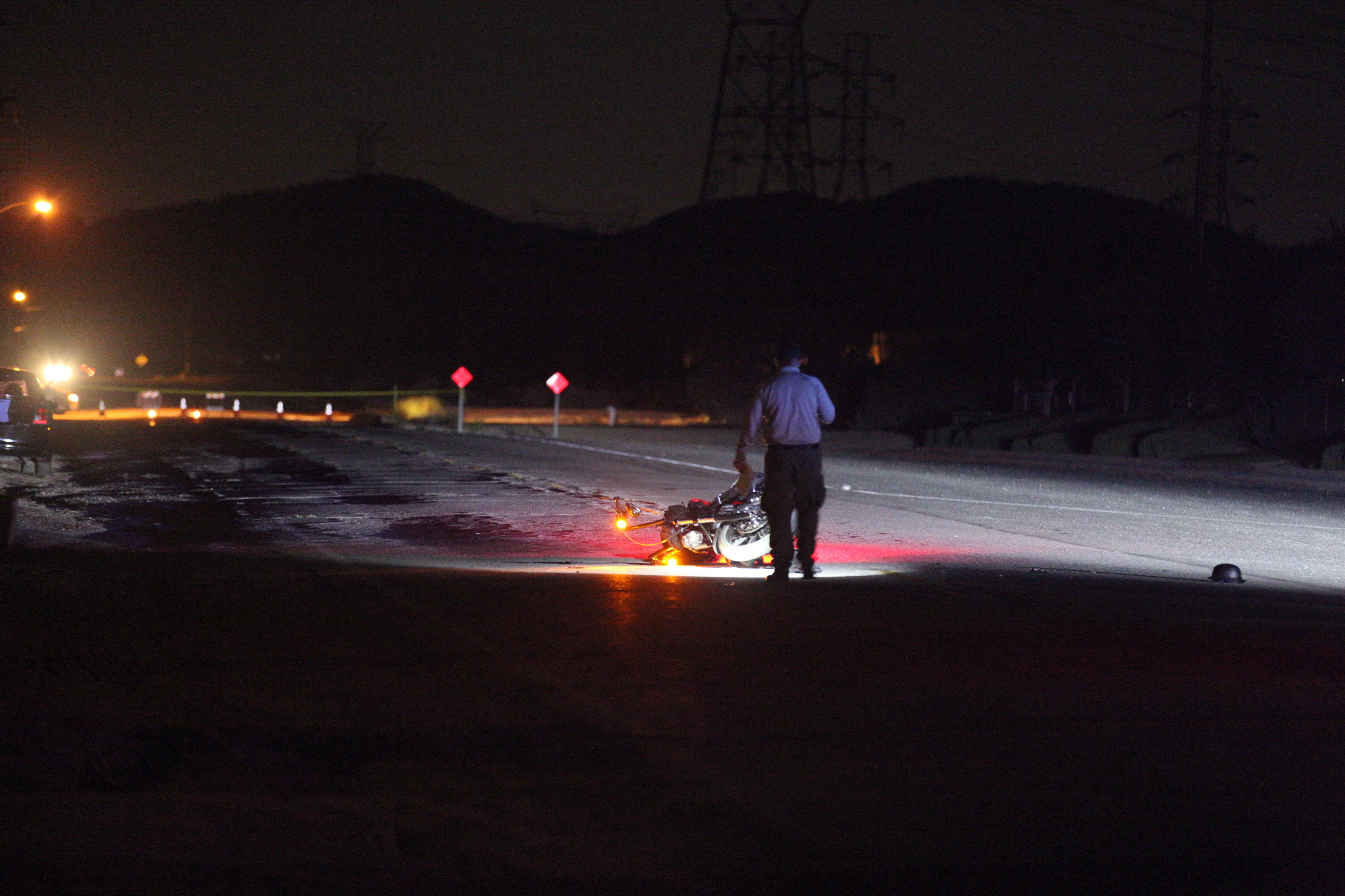 UPDATE 6/5 @ 8am – The deceased is a 34-year-old male from Hesperia. His identity is being withheld pending family notification. Investigators determined the motorcycle, a 2018 Harley Davidson was traveling northbound on Maple Avenue and for reasons still under investigation, the rider lost control and was ejected from the vehicle which resulted in major injuries. It was determined no other vehicles were involved in the collision, and no other injuries were reported.

When emergency personnel arrived on scene they located an adult male rider laying in the roadway suffering from major injuries. 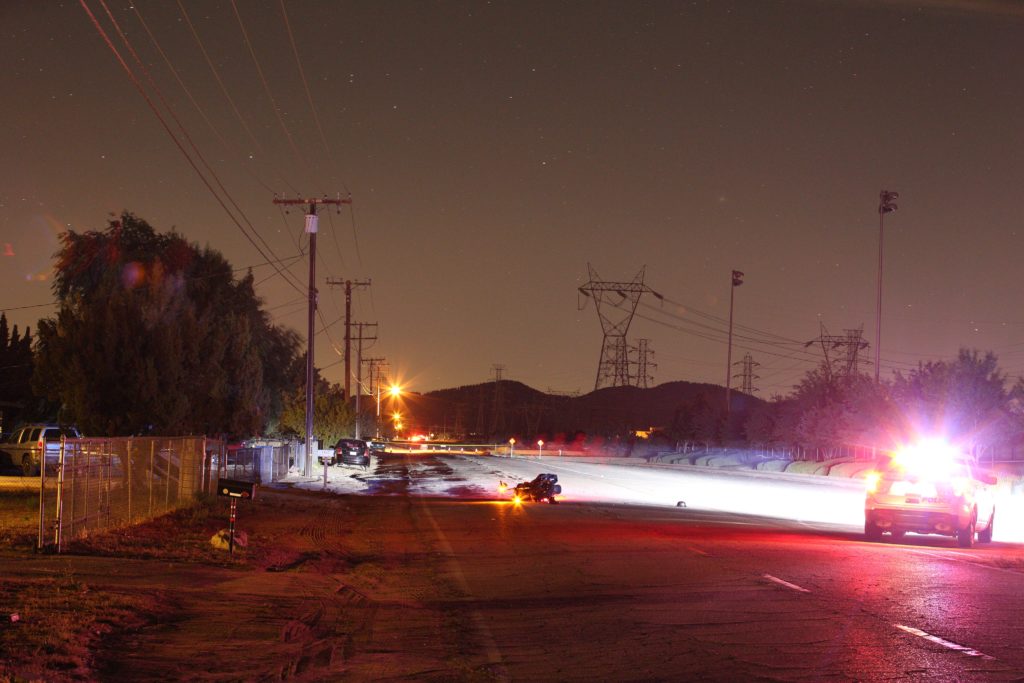 Despite life-saving measures, the motorcyclist was pronounced deceased a short time later in the emergency room of Desert Valley Hospital.

The accident involved a black motorcycle with the number “114” printed on the side.

Sheriff’s officials said the crash was captured on video and that they are not looking for any other vehicles at this time.

Preliminary reports indicate the crash is being investigated as a solo-motorcycle crash.

The stretch of the roadway where the accident occurred has poor lighting conditions and is very dark. Maple Avenue between Mission Street and El Centro will be closed for an unknown duration as the Major Accident Investigation Team process the scene.

Authorities have not released the official cause of the crash pending a thorough investigation. The story is developing and information will be updated as it becomes available.