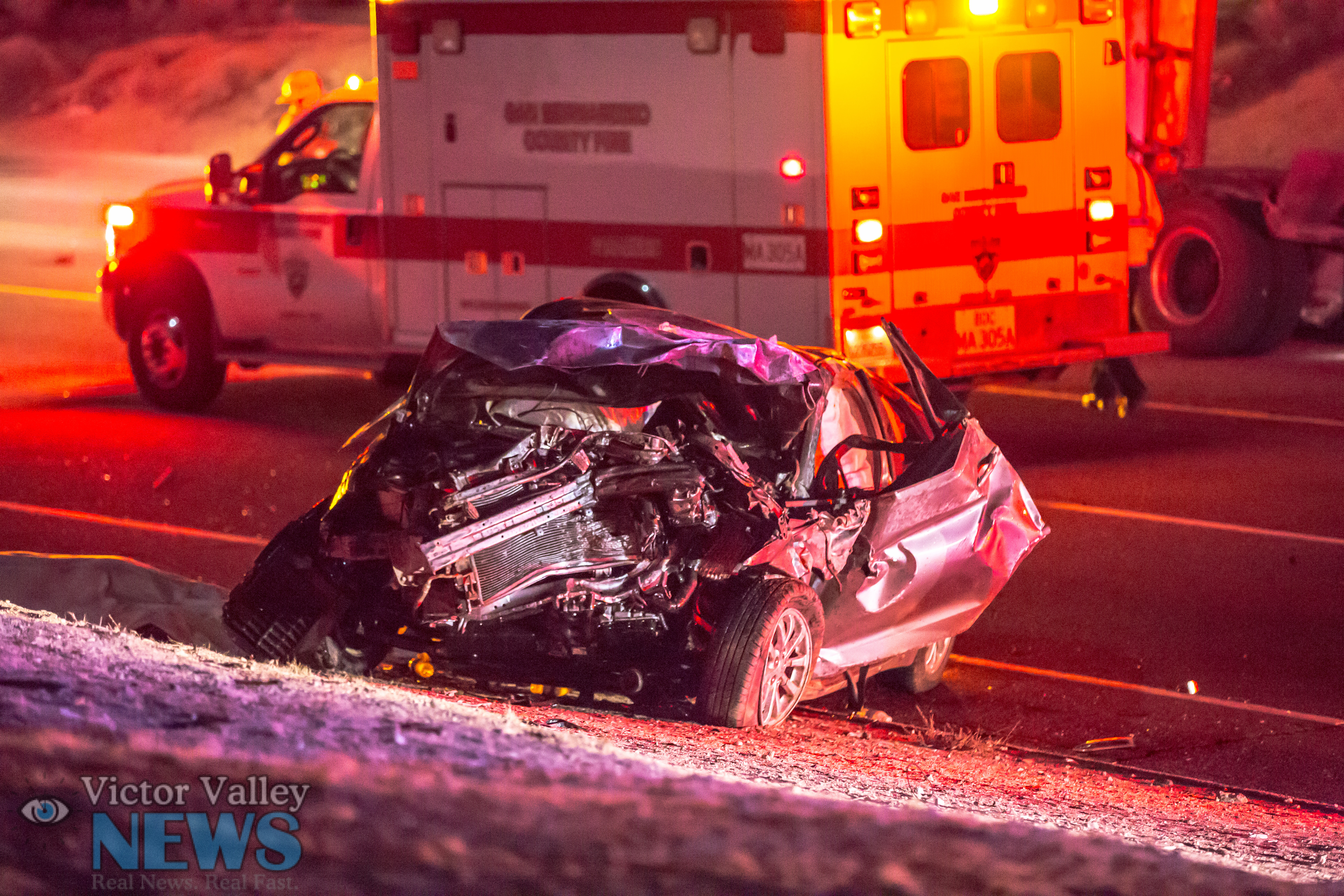 Hesperia, Calif (VVNG.com) One man is dead after a collision between a sedan and a semi truck between Sultana Street and Escondido, just south of Main Street on December 25, 2015 just after 9:00 P.M.

According to Sgt. Avila with the San Bernardino County Sheriffs Department, two people were inside of a silver Mitsubishi Lancer that sustained major front end damage as well as severe damage to the roof of the Lancer. One person was declared deceased on scene after being ejected, and another occupant in the Lancer was injured and transferred to a hospital with the extent of injuries unknown.

The male driver of the bobtail (the semi without a trailer attached) remained on scene and cooperated with authorities. He did not require any medical attention.

“I heard a loud boom and had a feeling it was a car accident. My wife and two children, 4 and 2 years-old, were visiting grandma today for Christmas and were on their way home. I ran to make sure it wasn’t them. It wasn’t them, but it was someone’s family,” stated Mario Molina of Hesperia.

The mother of the deceased victim arrived on scene along with the victims grandmother and was informed of the accident by deputies. A heartbreaking scream from both relatives as they heard the news about their loved ones was gut wrenching and tragic.

The portion between Hollister Ave and Sultana Street on Escondido will remain closed until MAIT (Major Accident Investigation Team) conducts a thorough investigation to determine the cause of the accident.