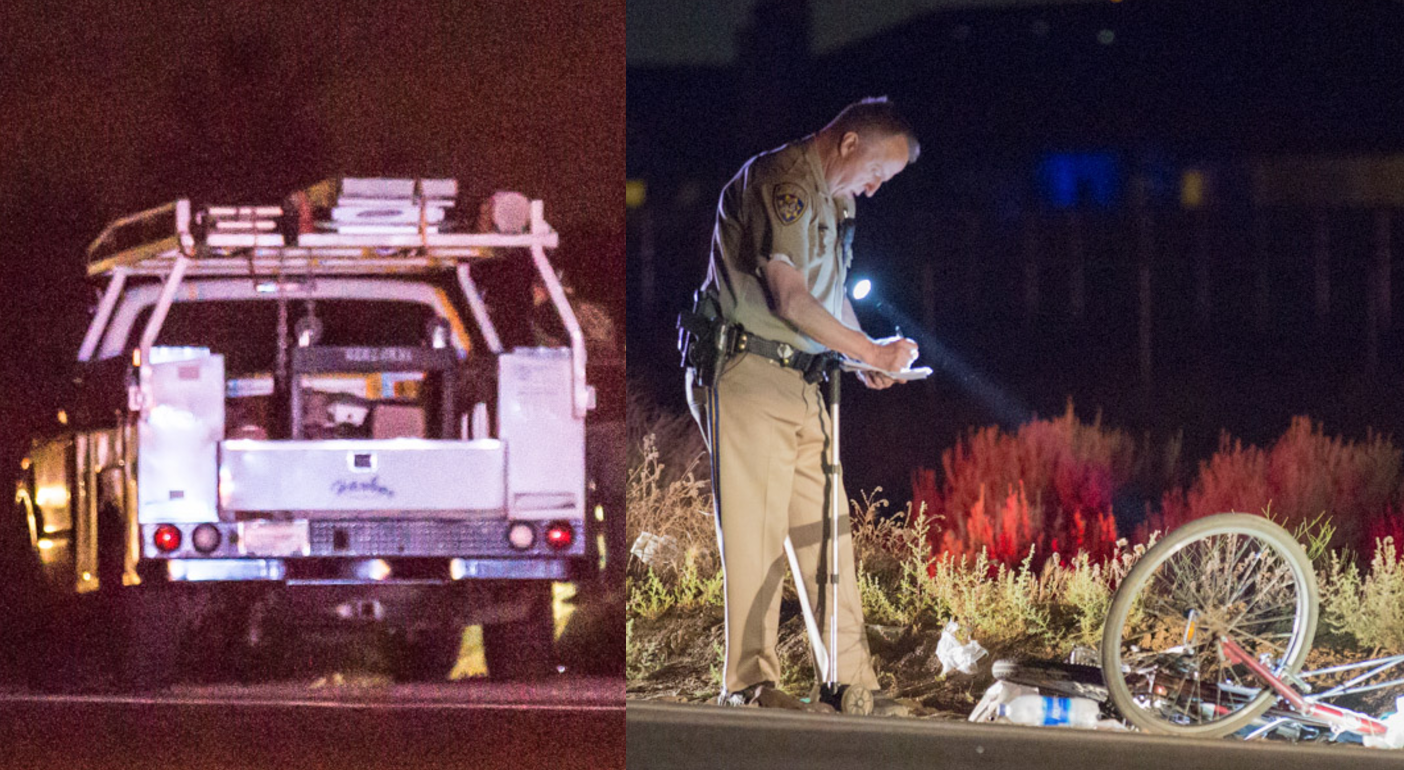 HESPERIA, Calif. (VVNG.com) A 47-year-old resident of Hesperia died at a trauma center after he was struck while riding a bike along Ranchero Road Friday night.

Ryan Dennis Angus was riding his bicycle along Ranchero Road near Lassen Street when he was hit by a westbound truck at approximately 8:27 pm, on June 16, 2017.

“(Angus) was struck in the head from behind by the protruding side-view mirror of a passing vehicle,” the San Bernardino County Coroner’s office confirmed.

Angus was flown to Arrowhead Regional Medical Center, where he was pronounced dead the following morning, Saturday, June 17th, at 10:00 am, officials stated.

The driver of the utility pickup truck remained at the scene and cooperated with authorities.

Less than twenty minutes apart and three miles away, another pedestrian was struck by a vehicle just north of Ranchero Road. That person was airlifted and his condition remains unknown.

The accident is being investigated by the California Highway Patrol.

Related article: HESPERIA: Bicyclist and Pedestrian Airlifted After Being Hit by Car