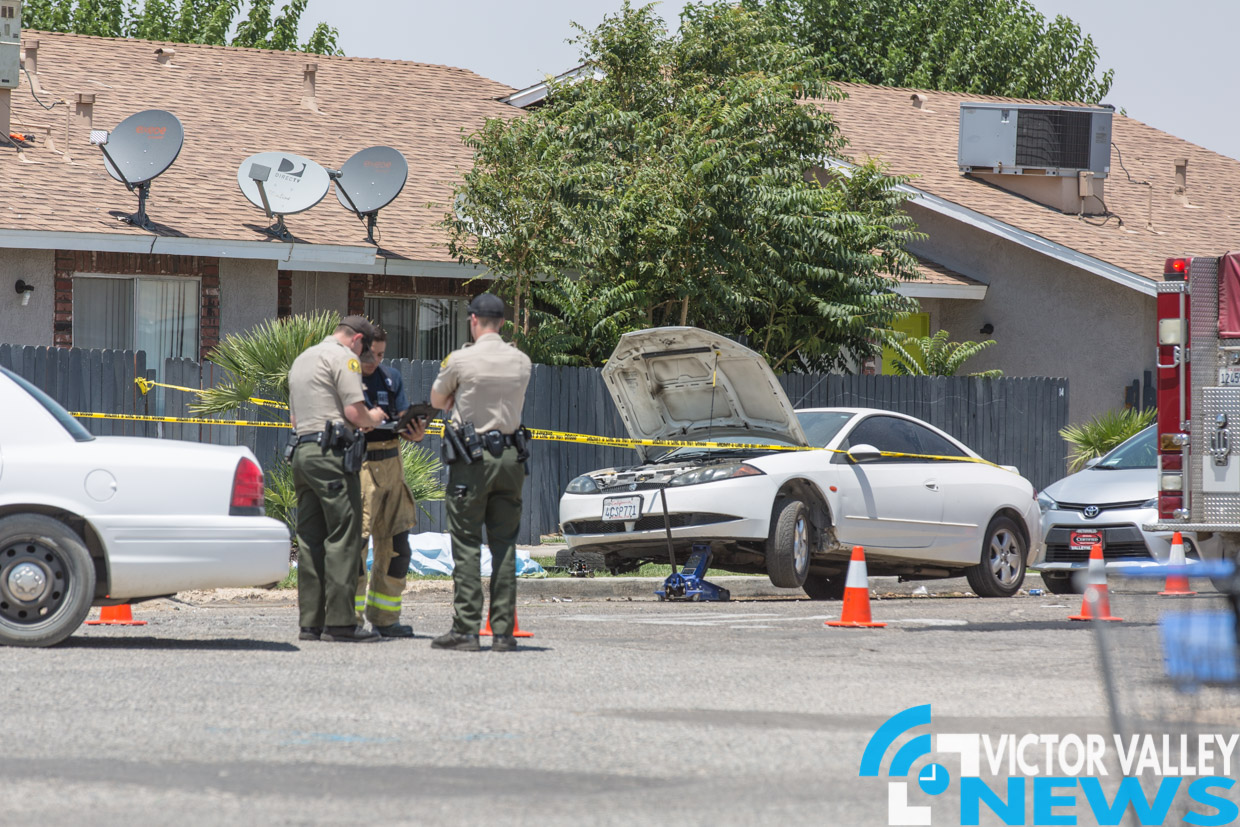 ADELANTO, Calif. (VVNG.com) A man is dead after the vehicle he was working on fell on top of him Monday Afternoon.

The man was working on a 1999 Mercury Cougar outside the Ridgeview apartment complex on the 12000 block of Auburn Avenue and Larkspur Road, when according to the preliminary reports, the car jack became dislodged and caused the vehicle to fall on him.

Deputies from the Victor Valley Sheriff’s Station and the San Bernardino County Fire Department responded and were able to move the car using another jack, but the man was pronounced dead at the scene.

The man’s identity was not immediately available.

The Coroner’s Office and Sheriff’s Department are still investigating the incident.