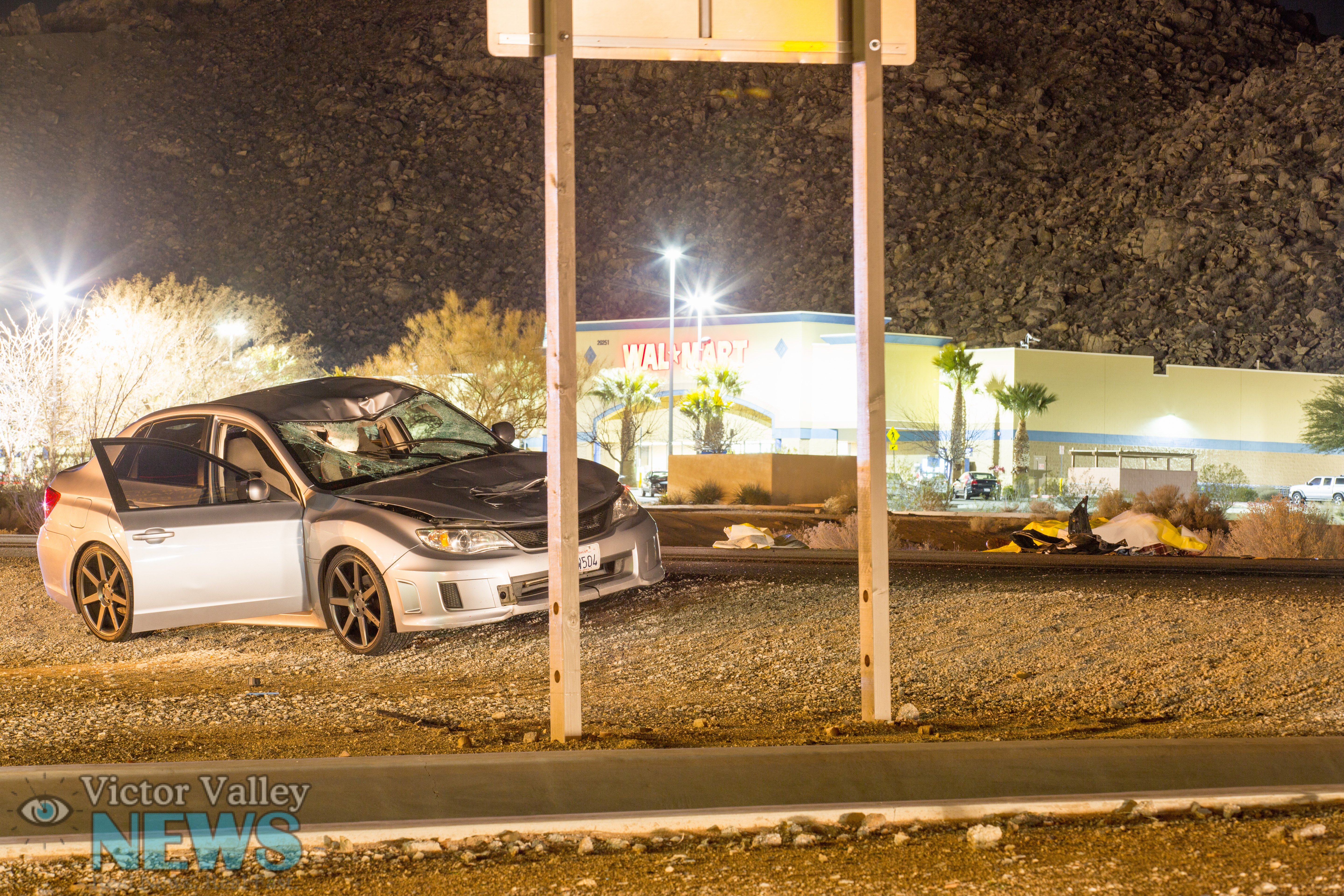 APPLE VALLEY, CALIF (VVNG.com) A man is dead after being hit by two cars on Highway 18 on Friday evening just east of Rancherias Road near the Walmart.

According to Deputy Cashion with the San Bernardino County Sheriff’s Apple Valley station, the call came in as a vehicle versus pedestrian just before 8:10 P.M. and upon arriving on scene it was determined that the subject was deceased in the roadway.

The two vehicles that struck the pedestrian were both traveling westbound on Highway 18, stated Deputy Cashion, and both drivers remained at the scene.

Jeanette Ochoa told Victor Valley News that she witnessed the man attempting to cross from the north side of the highway just before he was struck. “A woman driving slowed down because she saw the man trying to cross, he tried to walk in front of her car but the cars around her were driving the normal speed limit since they didn’t see him,” stated Ochoa. “The man didn’t appear intoxicated, I think it was just bad timing,” she added.

The speed limit on Highway 18 is set at 60 miles per hour, making it a very dangerous highway for those that attempt to jaywalk.

Highway 18 was closed from Bass Hill Road to Rancherias Road, and is expected to remain closed for several hours pending the investigation  and arrival of the coroners. All lanes were reopened just before 3:30 a.m. on Saturday.

No other injuries were reported as a result of the collision. The identity of the deceased will be released pending notification of next of kin.