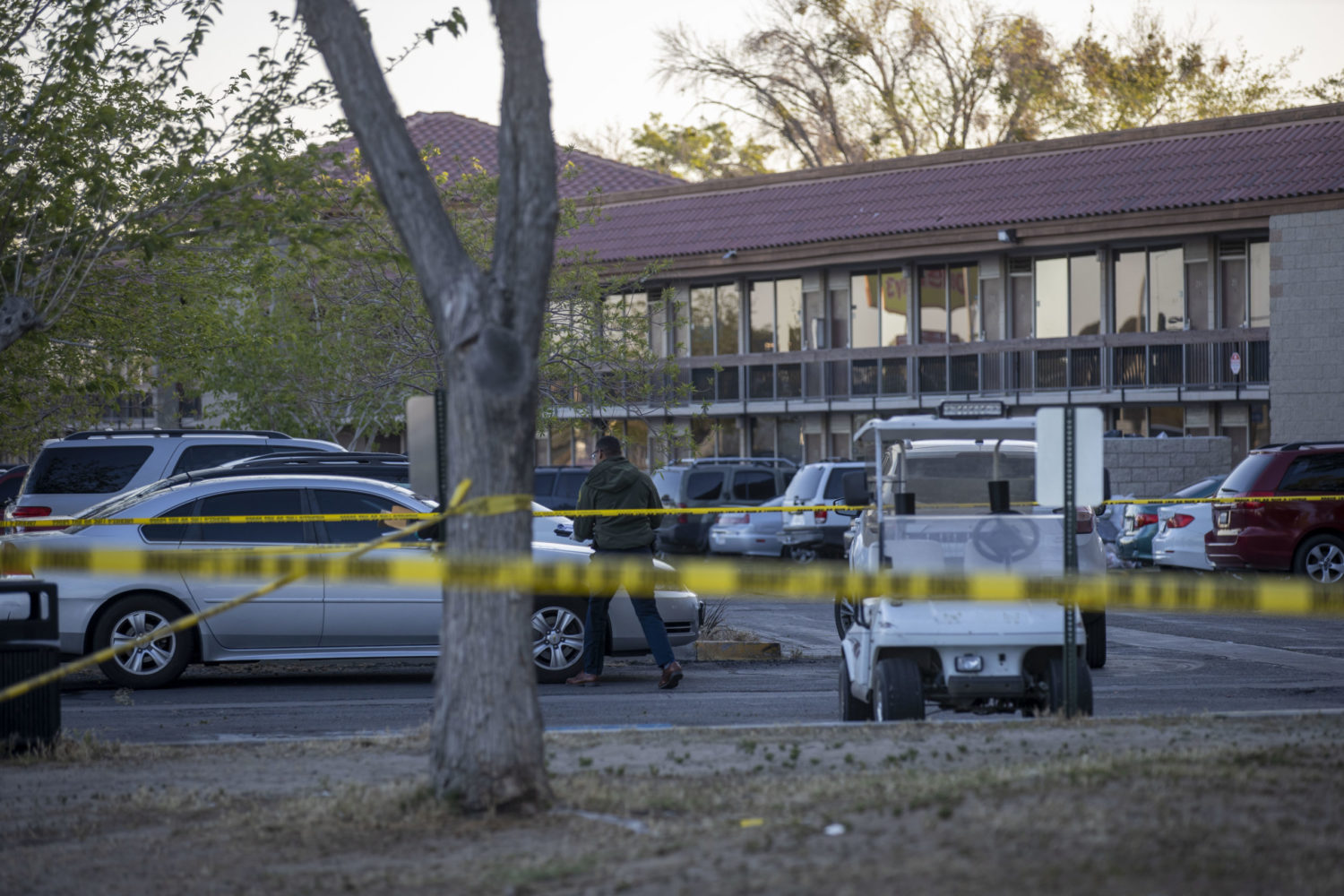 VICTORVILLE, Calif. (VVNG.com) — A 45-year-old man is dead following an altercation with a security guard at the Green Tree Inn in Victorville.

On Thursday, April 15, 2021, at 7:25 p.m. deputies responded to an assault call in the 14100 block of Green Tree Blvd and found the victim sitting in his vehicle, unconscious and without a pulse.

Deputies immediately began CPR and medical aid transported him to Victor Valley Global Medical Center, where he was pronounced deceased.

Through investigation, Homicide Detectives learned the victim was not a guest and was contacted by the hotel security guard who requested that he leave the property after receiving reports that he was causing a disturbance.

Officials said the victim got into a physical altercation with the security guard and the victim was then escorted into the parking lot.

According to a news release, “witnesses reported seeing the victim fall a couple of times by himself in the parking lot and he was seen getting into his vehicle. Several minutes later, he was found unresponsive in his vehicle, and hotel staff called 911.”

Sheriff’s officials said an autopsy will be conducted to determine the cause of death and no arrests have been made.

The investigation is ongoing and anyone with information, or anyone who witnessed the incident, is asked to contact Detective Chris Crosswhite, Specialized Investigations Division – Homicide Detail at (909)387-3589. Callers can remain anonymous and contact WeTip at 800-78CRIME or www.wetip.com.