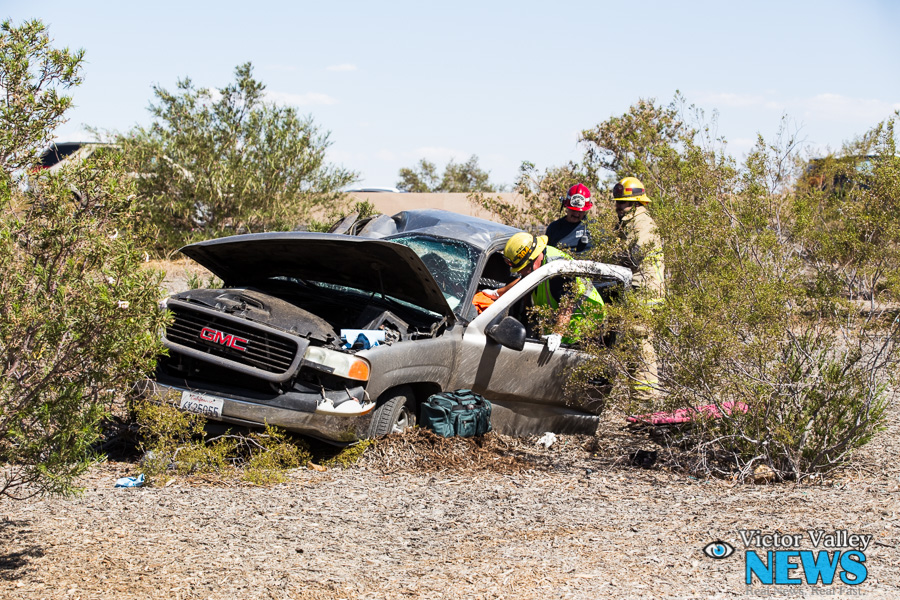 VICTORVILLE, Calif:(VVNG.com)- A 67-year-old Victorville man was injured after his vehicle was struck from behind causing it to rollover.

For unknown reasons a gray Hyundai Accent driven by a 20-year-old male from Riverside struck the rear of a gold GMC pickup truck while traveling in the no. 3 lane.

The two-vehicle crash was reported on September 1st at about 3:07 p.m. along the southbound 15 freeway near the Roy Rogers offramp.

“The collision caused the driver of the pickup truck to lose control. He traveled in a southwesterly direction onto the dirt shoulder and overturned,” stated Officer Matt Hunt.

After rolling over the vehicle landed upright on its wheels.

“After the collision, the driver of the Hyundai Accent continued onto the dirt shoulder until striking a tree,” said Hunt.

The driver of the GMC sustained lacerations to his face, arms, and was transported to Arrowhead Regional Medical Center by ground ambulance. The driver of the Hyundai declined treatment at the scene.

According to Officer Hunt, “the driver of the Hyundai was detained on-scene for alleged violation of the vehicle code and penal code and that investigation is still ongoing.”

Anyone with information or that may have witnessed the collision is urged to contact the Victorville CHP office at (760)241-1186.

For the latest news in real-time join our Facebook group with over 75,000 members: Victor Valley News 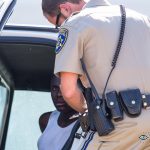 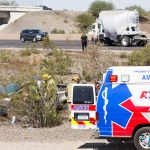 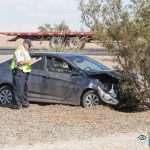