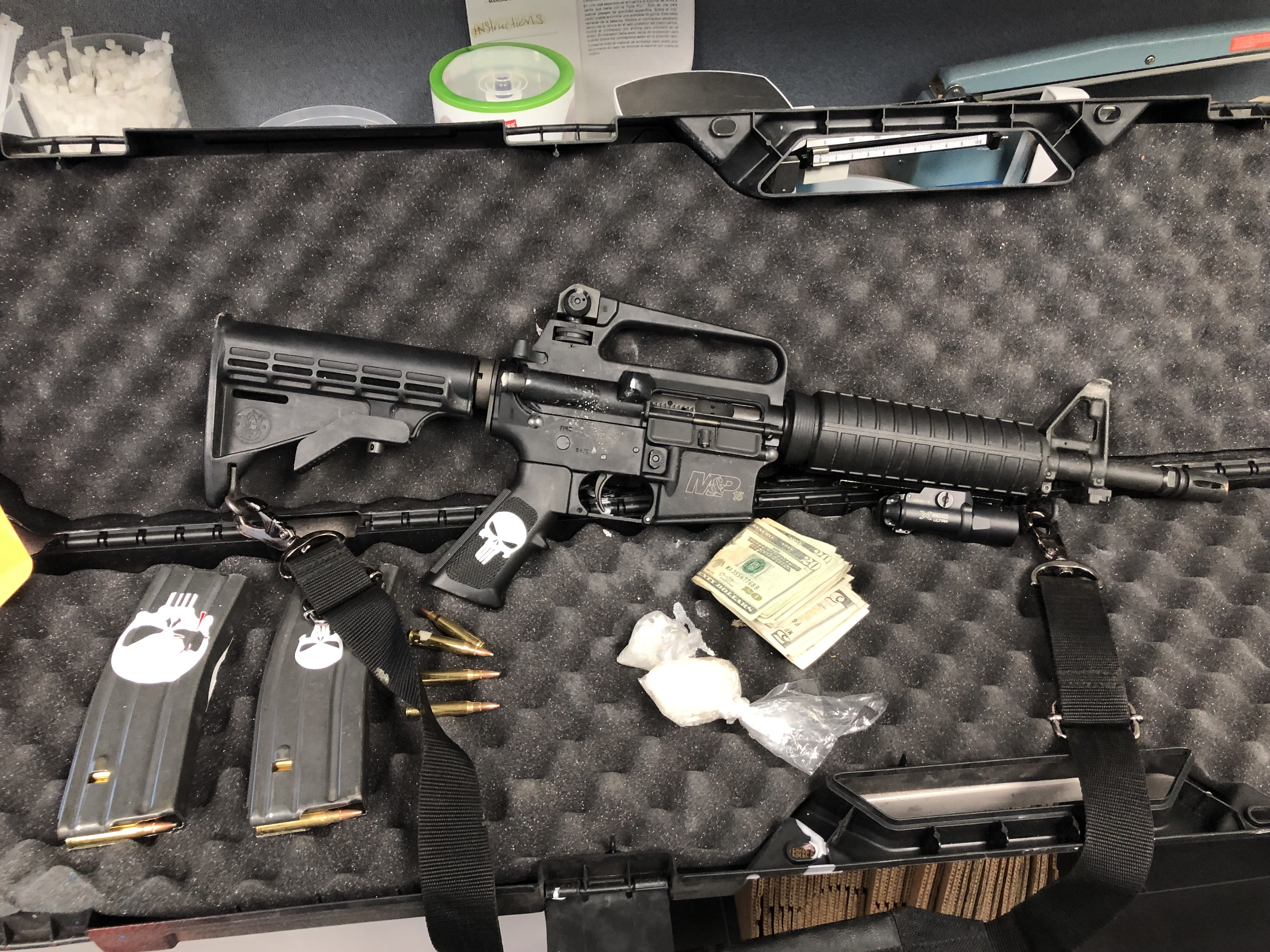 VICTORVILLE, Calif. (VVNG.com) — A man who was denied the sale of alcohol at BJ’s Restuarant returned with a concealed assault rifle and fought with the store manager before firing a round, officials said.

It happened on December 29, 2018, at about 1:15 am, Victorville deputies responded to the 11600 of Amargosa Road reference a man with at Bj’s Restaurant.

According to a sheriff’s news release, deputies arriving at the scene discovered the suspect, identified as Francisco Felix, 32, of Hesperia, was dining at the restaurant and had been denied the purchase of alcohol because he did not have identification.

“The suspect went to his vehicle and returned to the restaurant with an assault rifle concealed in a blanket. The suspect brandished the weapon at the manager and a struggle ensued between the two men. The men ended up in front of the restaurant and during the altercation, a single round was discharged from the rifle into the ground,” stated the release.

Police say the suspect fled from the location prior to their arrival. No injuries were sustained during the incident, officials said.

Through investigation, deputies gathered information about Felix and served a search warrant at his home in the 11500 of Balsam Ave in Hesperia where he was arrested without incident.

“Deputies recovered the used in the crime, two extended capacity magazines, methamphetamine, and other paraphernalia associated with the sales of drugs,” officials said.