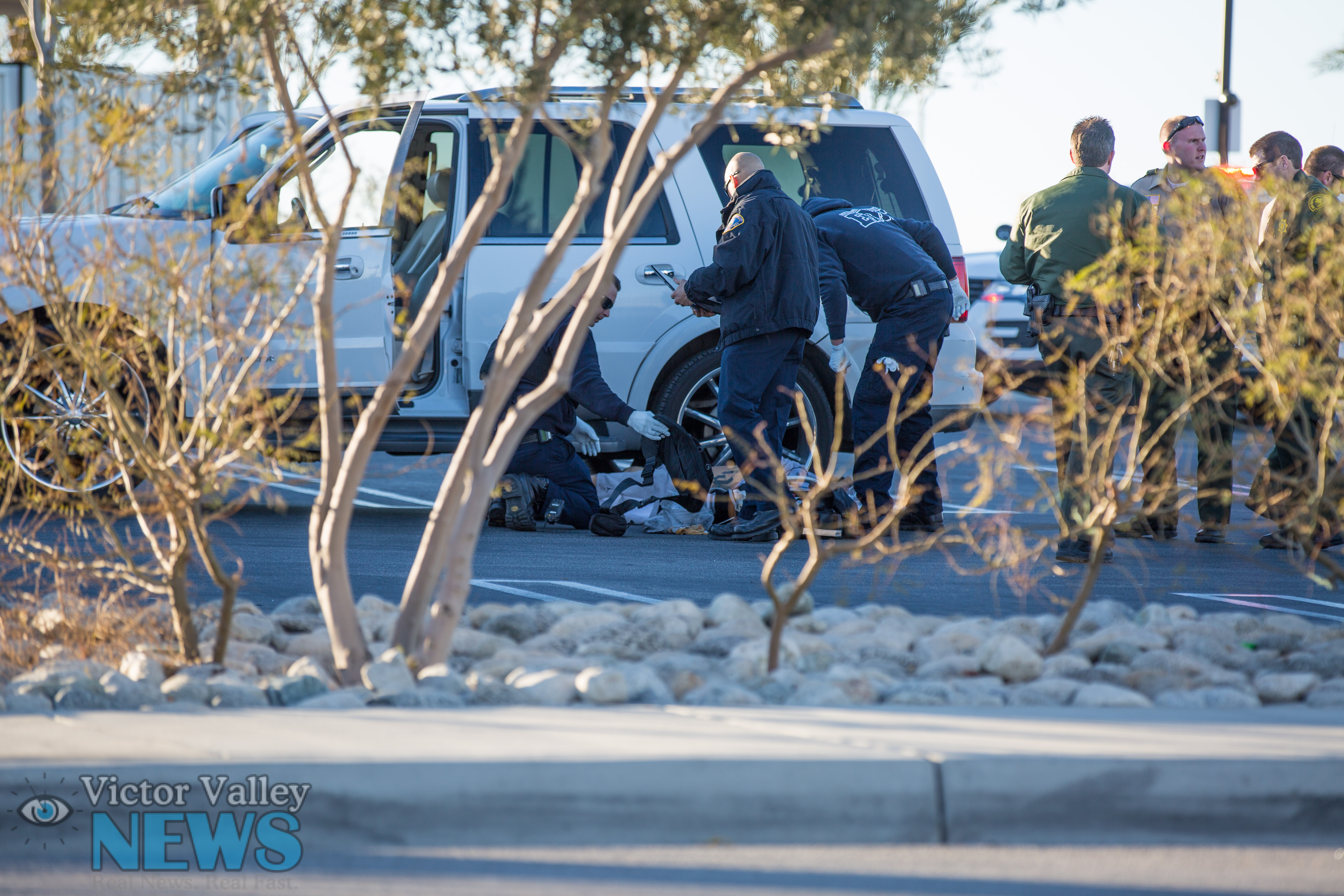 HESPERIA, CALIF (VVNG.com) San Bernardino County Sheriffs requested the assistance of the Homicide Investigation unit to the area of Main Street and Mariposa in the In In Out restaurant after a man shot and killed in a shooting Christmas Day.

The initial call came through at around 3:35 P.M. after reports of shots fired near the restaurant. When deputies responded they located a white expedition in the parking lot of the restaurant. The male was discovered in his vehicle with no pulse and several gun shot wounds to his chest.

The shooting suspect or suspects fled the scene. The suspects vehicle was described as a possible red colored Dodge ram, an older model 2-door.

It’s unsure if the incident was a drive by shooting or some type of altercation that may have led to the death.

The restaurant was closed for Christmas day, but attempts to retrieve video from the restaurant and surrounding businesses is underway.

More information will be released as it becomes available.