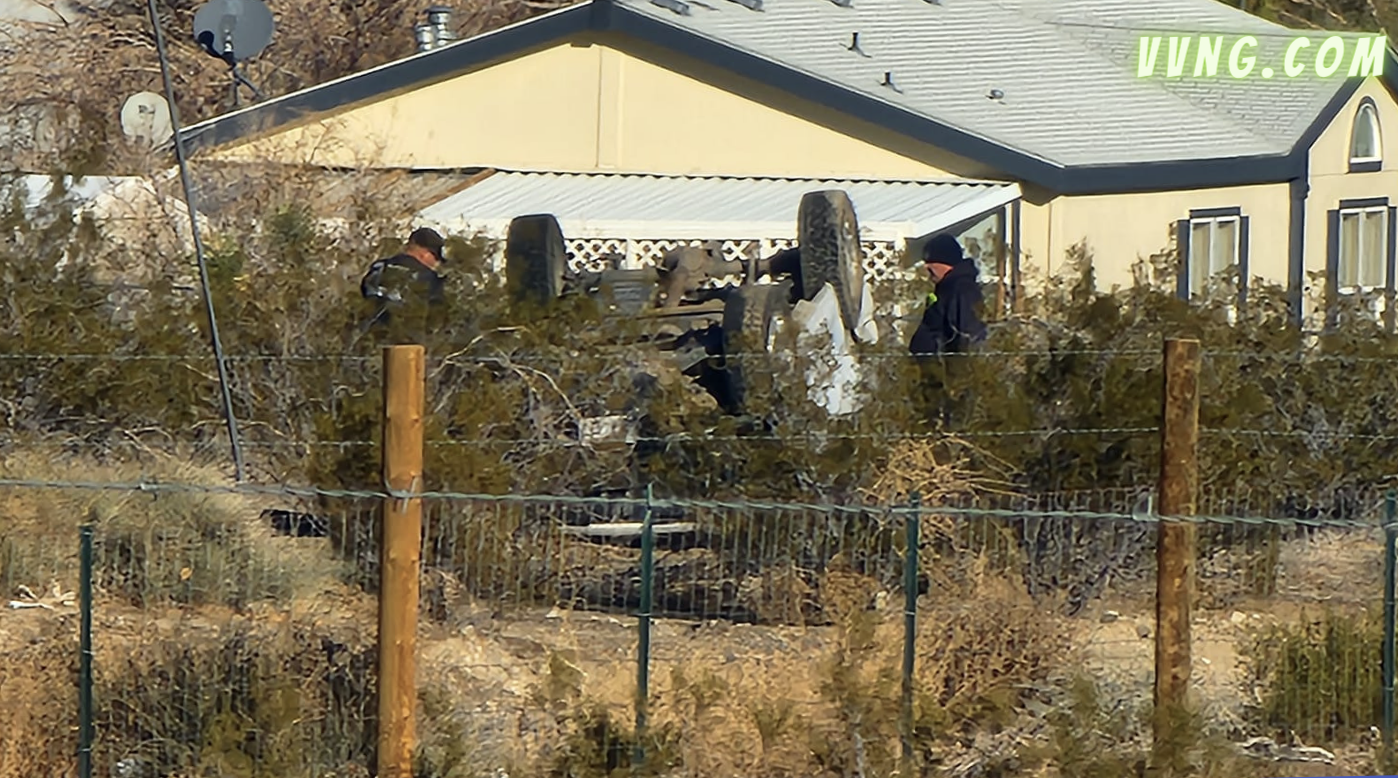 It happened at about 8:45 am, on December 28, 2022, at the intersection of Tradepost Road and Foothill Road and involved a white Chevy Silverado truck.

San Bernardino County Firefighters responded to the scene and upon arrival, they reported the vehicle was approximately 30 feet into the desert and on its roof.

The male sustained major injuries to his legs and firefighters requested an airship to land at a nearby park.

Due to inclement weather, the helicopter would have to travel to a further away hospital and the request was canceled. The male patient was instead transported by ground ambulance to Arrowhead Regional Medical Center.

The owners small dog that was in the vehicle ran into the desert and was later caught by Animal Control and returned to the family.