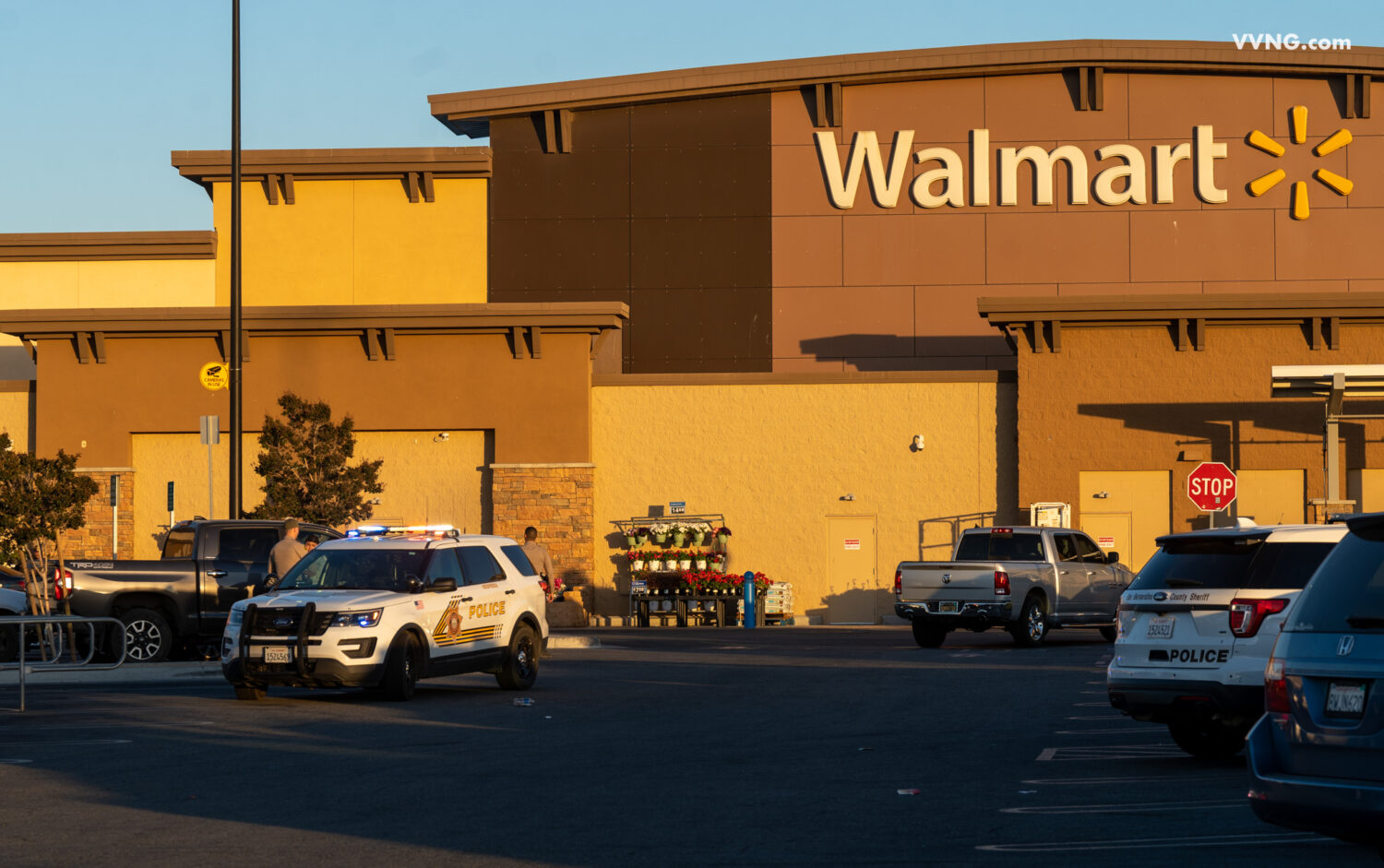 UPDATE 5/20 @ 10:50 am — Officials released an update on Friday morning and said the suspect sought in the carjacking was arrested and identified as Isiah DeLeon, 29, a resident of Hesperia.

According to the update, the victim’s vehicle, a 2001 Chevy 3500 truck was found abandoned near the intersection of Joshua Street and Tenth Avenue. Deputies said the suspect fled inside his nearby residence where he was located hiding in a bathroom.

DeLeon was arrested and booked in at the High Desert Detention Center where he remains in custody on $250,000 bail. He is scheduled for a hearing in a Victorville courtroom on 5/23 at 12:30 pm.

Officials said the victim is a 65-year-old resident of Phelan and he remains hospitalized as a result of his injuries.

This investigation is ongoing and anyone with information about this investigation or who may have witnessed the incident is asked to contact the Hesperia Police Department at (760) 947-1500 or Sheriff’s Dispatch at (760) 956-5001.

HESPERIA, Calif. (VVNG.com) — A man carjacked outside of Walmart in Hesperia was airlifted to a trauma center after he was seriously injured.

It happened at about 7:25 pm, on Thursday, May 19, 2022, outside of the store located at the corner of Main Street and Escondido Avenue.

According to witnesses, the male victim was carjacked and ran over by his own truck as the suspect fled the parking lot with the vehicle. Witnesses reported the vehicle was a white pickup truck.

San Bernardino County Firefighters responded to the incident and requested an airship to transport the victim to a trauma center.

Mercy Air 22 landed in a parking lot near the Kaiser and subsequently airlifted the male to Loma Linda University Medical Center.

A sheriff’s aviation helicopter flew overhead assisting deputies on the ground in searching for the suspect.

Sheriff’s spokeswoman Mara Rodriguez said the call is still active and there isn’t enough information listed in the call yet to provide details.

The spokeswoman confirmed a carjacking occurred and a man had been transported to the hospital for injuries sustained. This is a developing story and additional information will be updated as it becomes available.

UPDATE: Suspect arrested after a stabbing inside the Casa Bella Apartments in Victorville