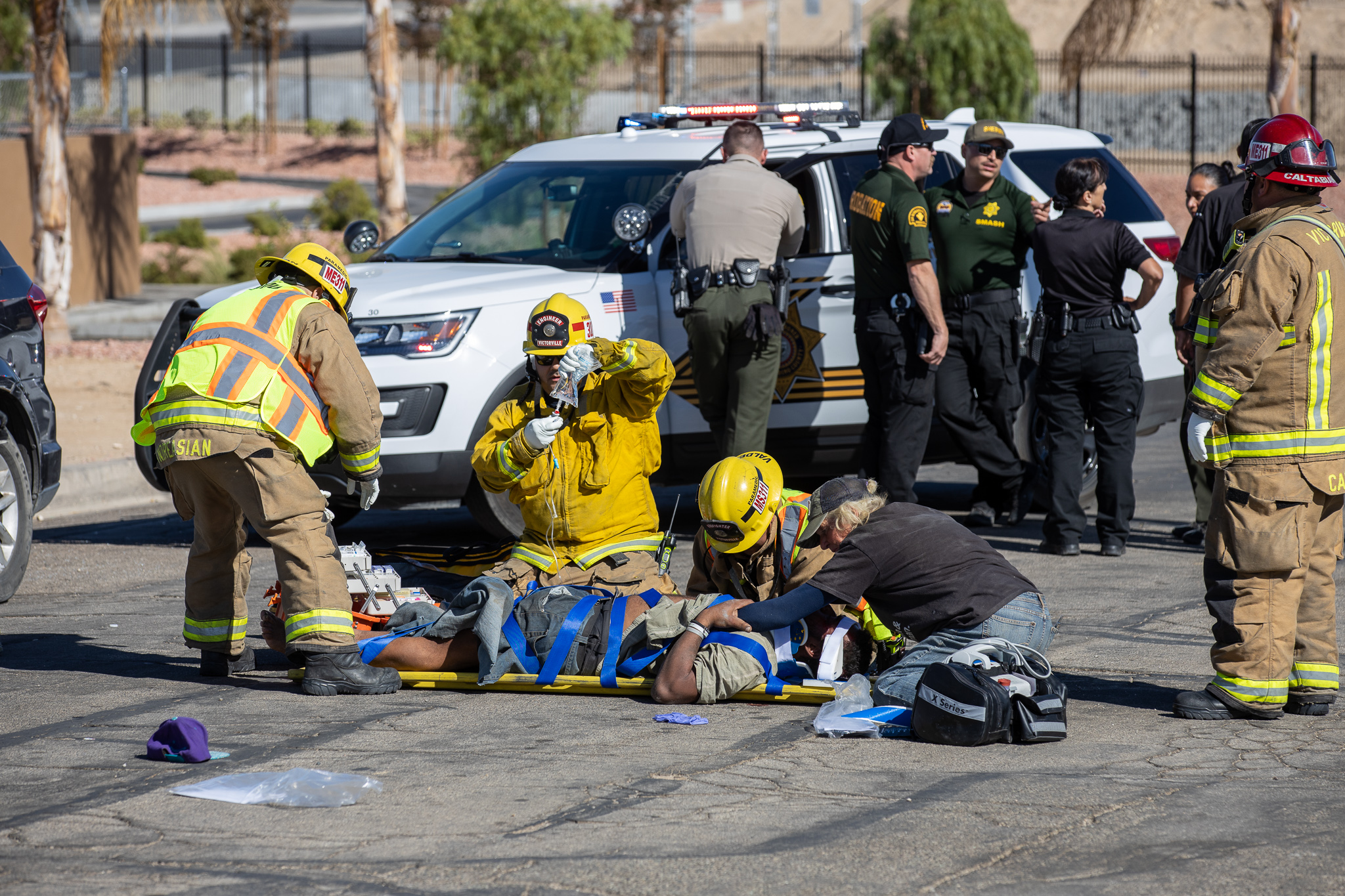 VICTORVILLE, Calif. (VVNG.com) — Victorville Police are searching for a suspect who ran over a man after robbing him Thursday afternoon.

Deputies arrived on scene and found a man in his 30’s down in the middle of the roadway suffering from extensive injuries.

The patient was transported by AMR ambulance to Victor Valley Global Medical Center and subsequently flown to an out of area trauma center.

According to sheriff’s spokeswoman Cindy Bachman, the suspect was in a truck and stole the victim’s backpack before running him over with his truck.

Witnesses reported seeing a white truck but were unable to provide the make or model.

An update on the victim’s condition was not available as of Friday.

Any witnesses with information are asked to call the Victorville Police Department at 760-241-2911.