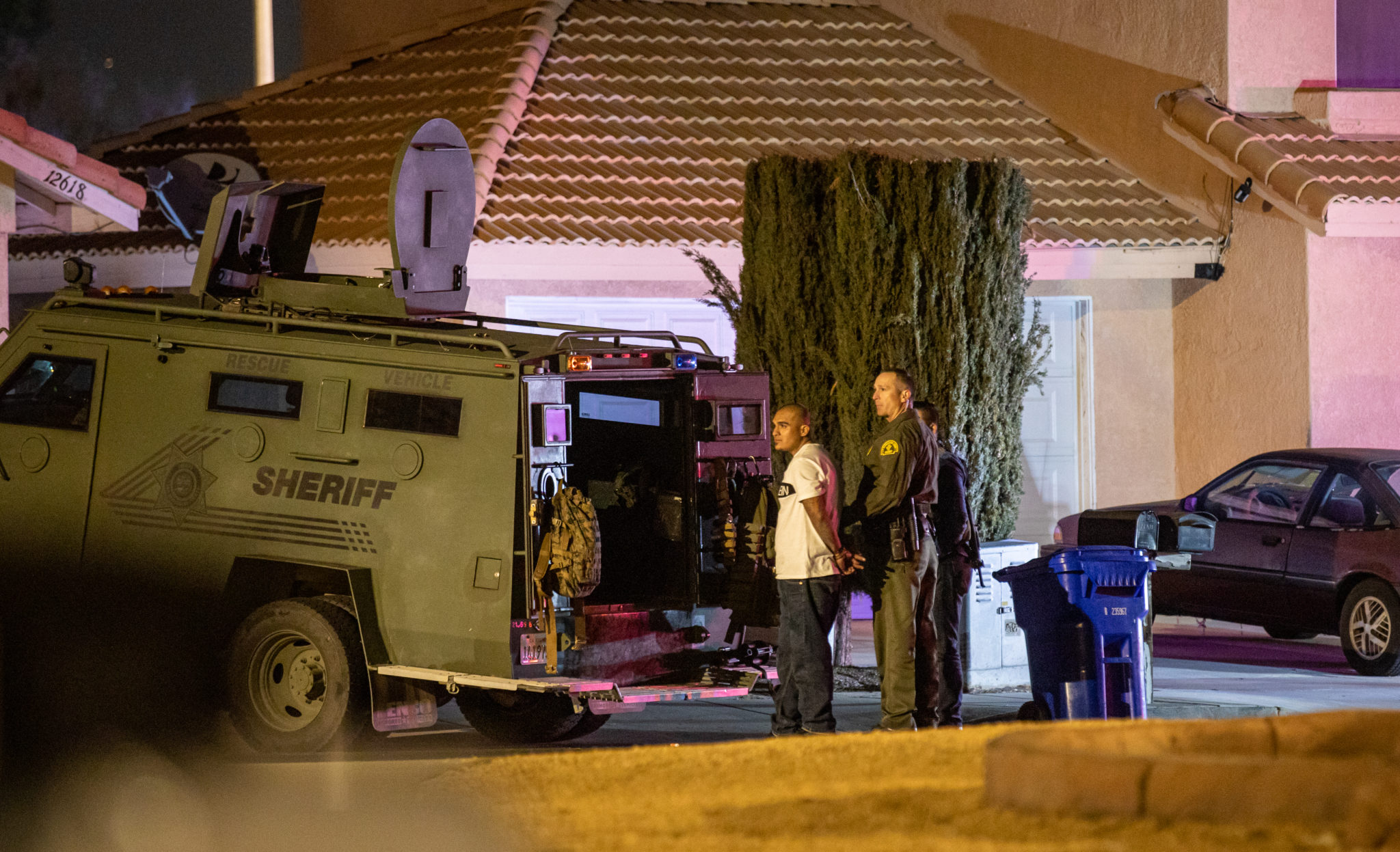 VICTORVILLE, Calif. (VVNG.com) — A 29-year-old man responsible for stealing a van from the homeless shelter was apprehended after he barricaded himself inside a home following a brief pursuit, officials said.

Deputies received information that the suspect, Jovany Bahena, was inside the home in the 12600 block of Santa Fe Trail and was possibly armed with a gun.

VVNG first reported on the 1997 Chevy Astro van and small utility trailer that were both stolen overnight from the homeless shelter on Amargosa Road.

Later in the day, deputies located the stolen van at a hotel in the 13400 block of Mariposa Road. When deputies attempted to make contact with the driver, Jovany Bahena, he drove away from the hotel, leading deputies on a 2.5-mile pursuit.

Officials said the pursuit came to an end when Bahena crashed into the yard of a home and foot bailed from the vehicle. Bahena barricaded himself inside an unoccupied home later determined to be his girlfriend’s parents.

“Upon his entrance to the house, deputies spotted a gun in Bahena’s hand and immediately acted to ensure the safety of the residents in the surrounding homes,” stated the sheriff’s release.

During the stand-off, authorities kept calm as they negotiated with Bahena’s request for a cigarette and a phone charger so he could face time with his daughter.

Bahena’s girlfriend was at the scene and communicated with him and she shouted out for him to answer his phone and surrender.

After approximately two hours, Bahena came out of the house and was taken into custody, without incident by the Sheriff’s Specialized Enforcement Division (SWAT).

Jovany Bahena was arrested and booked at High Desert Detention Center for possession of a stolen vehicle, Evading a Peace Officer with disregard for safety, promoting a criminal street gang, assault with a deadly weapon, vandalism, and vehicle theft. He is scheduled to appear in Victorville Superior Court on January 17, 2020.

Jimmy Waldron, director at the High Desert Homeless Services has regained possession of the now damaged van that is inoperable. The ignition key is destroyed, the tires are shredded, and the front-end is damaged.

The trailer that was also stolen is still missing.

Anyone with information about this investigation is asked to contact Deputy E Smith or Deputy M Young at the Victorville Police Department at (760) 241-2911 or Sheriff’s Dispatch at (760) 956-5001.