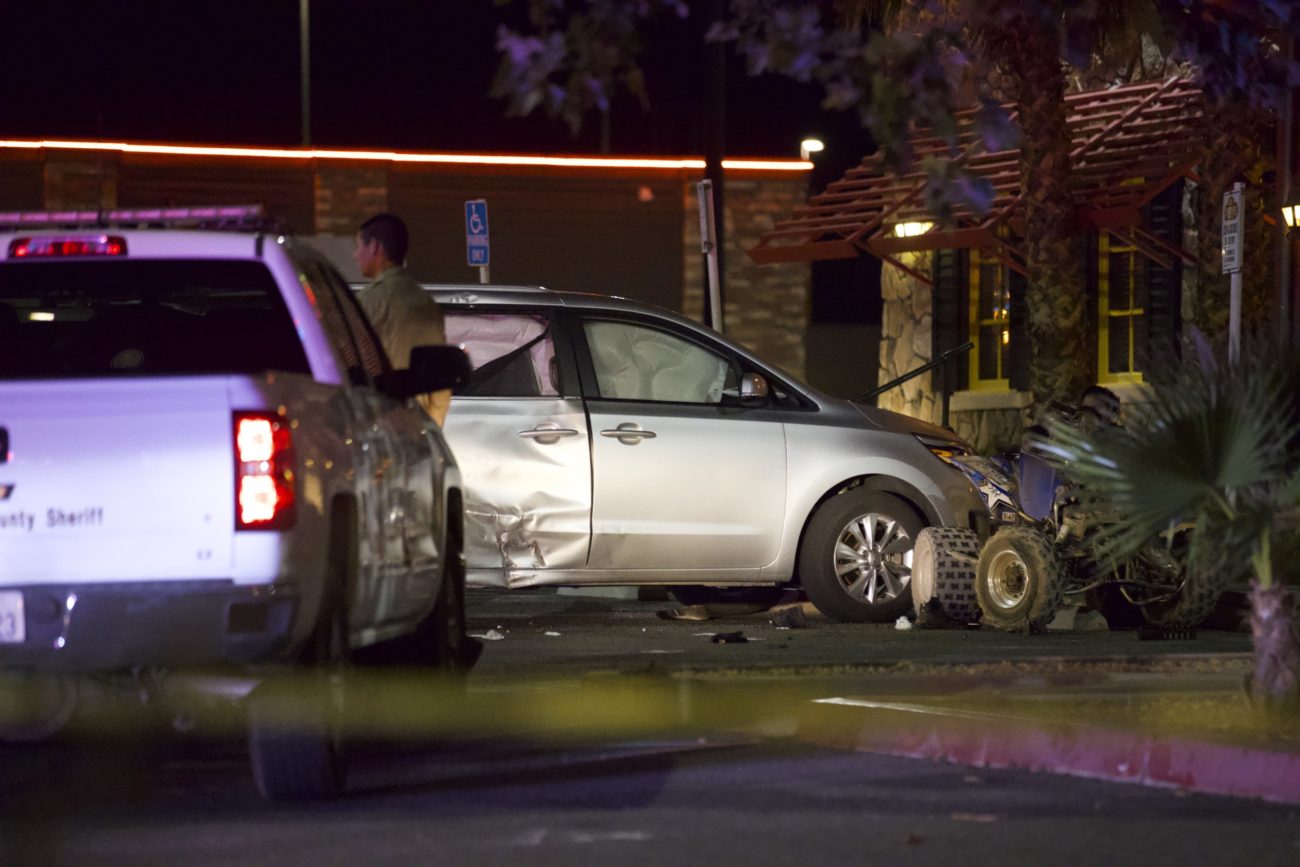 VICTORVILLE, Calif. (VVNG.com) –A man who crashed a quad into a van parked at Johnny Carino’s in Victorville Sunday night is reported to be in stable condition, officials said.

Sheriff’s spokeswoman Mara Rodriguez told VVNG witnesses reported the quad had been driving through the parking lot at high speeds and collided with a motorcycle.

Multiple witnesses reported seeing the quads driving at a high rate of speed prior to the collision. A VVNG member who did not want to be identified said, “We were at Texas Roadhouse and twice a group of dirtbike riders and one guy on a quad drove by revving really loud.”

Deanna Chant also witnessed the group rolling by moments before the crash.

“We were at Pancho Villas when they all rode by acting stupid, raising their arms, and revving the motors! I pray he is ok and hopefully they all learned a lesson! We ride but not like that!!”

Rodriguez said the impact with the motorcycle was minimal but caused the quad driver to lose control and hit the passenger side of a van parked at Jonny Carrino’s.

“The impact was severe enough to cause extensive damage to the impacted area of the van and deploy the van’s airbags,” stated Rodriguez. “The driver of the quad suffered major injuries and was airlifted to a trauma center.”