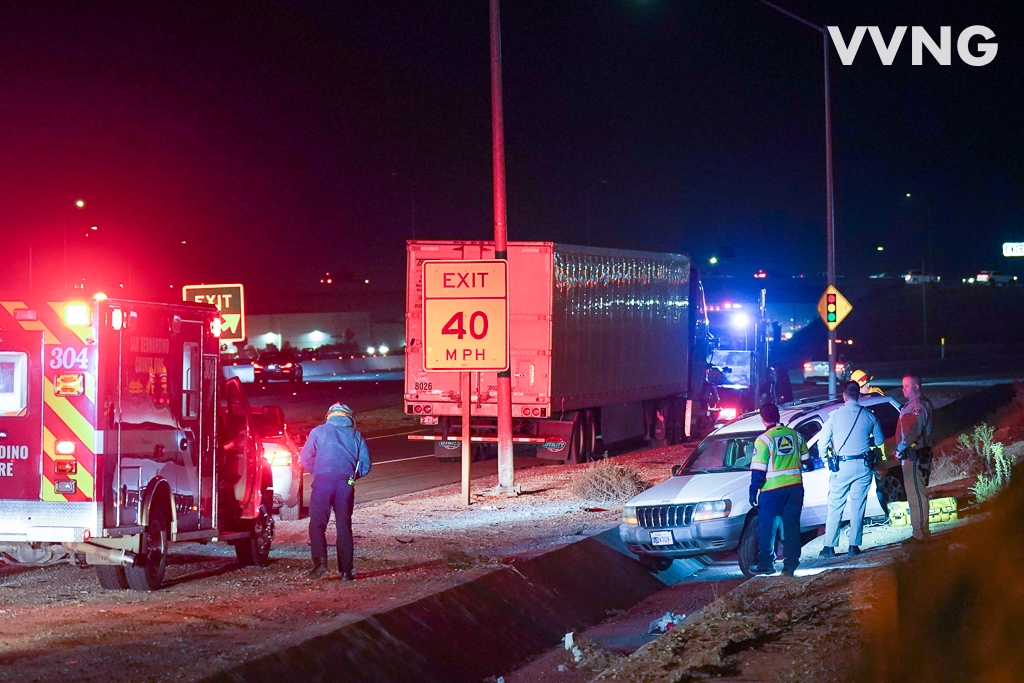 (A man sustained minor injuries after crashing into a ditch along the 15 freeway. - Gabriel D. Espinoza, VVNG)

HESPERIA, Calif. (VVNG.com) – A driver was injured after crashing into a drainage ditch that runs along the Interstate 15 Freeway.

California Highway Patrol Officers from the Victorville Station and Firefighters from the San Bernardino County Fire Department responded and located a white Jeep facing the wrong way, partially in a ditch.

The male driver was responsive and appeared to have suffered only minor injuries. However, the extent of the injuries was not immediately known.

The northbound traffic remained unaffected as the crash did not block any lanes of traffic.

The driver of a semi-truck that was pulled over on the shoulder of the freeway, just north of the crash, told Victor Valley News that he was waiting for a tow truck after his semi-truck sustained a blowout.

“I was in my cab waiting for the tow truck, and I noticed a car that pulled in front of my truck, and people got out and started running towards the car behind me, I didn’t see him crash, but the man could have easily hit me,” stated the semi-driver.