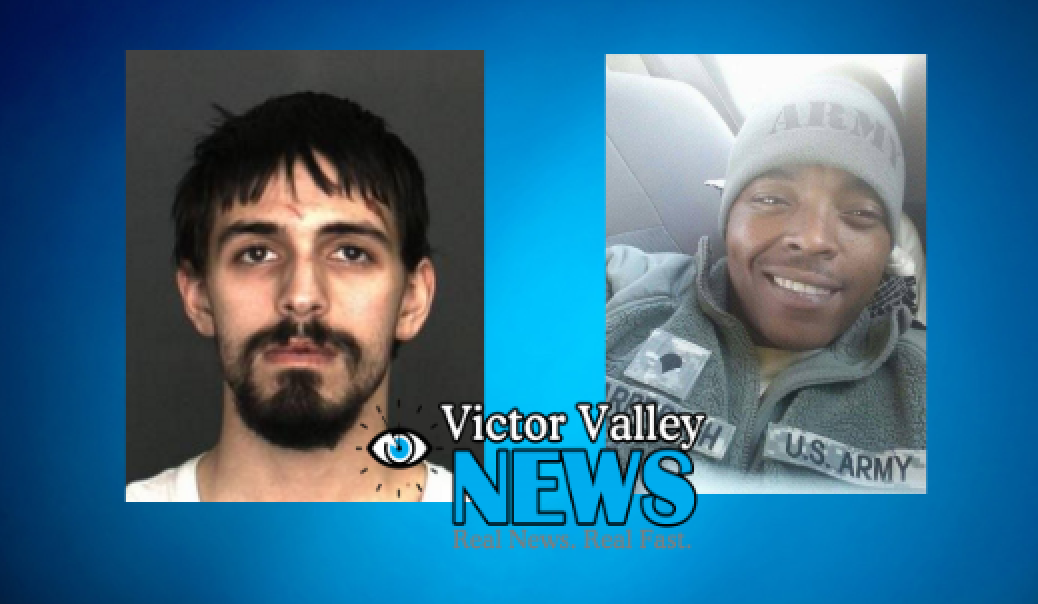 VICTORVILLE-(VVNG.com): After the cold-blooded murder of Army National Guard Specialist Daniel Yarbrough, the first of the trio accused has finally after nearly a year and a half has been sentenced to life without the possibility of parole. Logan Swank, 21 was in court on Friday morning for sentencing for a November 2015 murder and an attempted murder conviction.

The three, including him, his older brother and his brother-in-law faced charges in connection with the murder of Specialist Yarbrough with the motive, according to the San Bernardino County District Attorney’s office being to collect his life insurance policy. Evidence pointed to Wesley Swank as the brainchild behind the elaborate scheme where he created an email, presenting himself as Yarbrough, and forged insurance documents to make himself the beneficiary.

The shooting that took the life of Yarbrough on the night of September 29, 2014, was not the first attempt on his life. On September 17, 2014, Yarbrough reported being shot at while sitting in his vehicle in the driveway at his home. The night murdered, Yarbrough was invited to the Apple Valley home of 24-year-old  Thomas Bradshaw and was told to pull up to the curb. According to authorities, shortly after gunshots were fired, believed to be by Logan Swank.

Wesley Swank attended Yarbrough’s funeral on October 13, 2014, introducing himself to friends and family as his best friend.

Bradshaw pleaded no contest to charges of permitting another to shoot from a vehicle for the September 17, 2014, attempt on his life and is set to be sentenced at the Victorville Superior court on May 27, 2016. Wesley Swank, 29 pleaded not guilty and is set to appear in court on April 22, 2016.

The sixteen Swank children allegedly all suffered from years of physical, emotional, sexual and physical abuse. Former School Psychologist and Adelanto School District substitute teacher, Richard J. Swank was found guilty of beating and sexually abusing his son for most of his life starting from around 4 years old until he left the home at 18 years of age. Richard J Swank is also an acclaimed writer, many of his books readers said, “gave children a voice”.

Although the conviction was only for the abuse of one child, daughter Melissa Anderson told Victor Valley News that they all suffered abuse at the hands of their father. Anderson shared that her younger brother, Michael Swank suffered the most severe of the abuse.

Anderson told Victor Valley News during a February 2015 interview, “I feel a deep love for all my siblings, I hurt for them. I wish I could have stopped their abuse. The deepest pain I feel is knowing how much my siblings have suffered, but there comes a point when a person must choose to rise above or sink to the level of their abuser.”

Meanwhile the family of Spc. Yarbrough has been forced to move on after the loss of a man that they said was the life of family parties and would do anything to help anyone. “He was so full of life, he loved his family, friends and he loved serving his country,” said Feticha Oliphant, the sister of Yarbrough.

Oliphant told Victor Valley news that she wishes she was able to be with her brother on the last night. “I wonder what he was thinking as he took his last breath. I would have held him and told him it’s alright. I would tell him, ‘Look, do you see mom she is right there go to her and get your wings little brother.’”

Second Suspect Involved in the Murder of Army Specialist Convicted