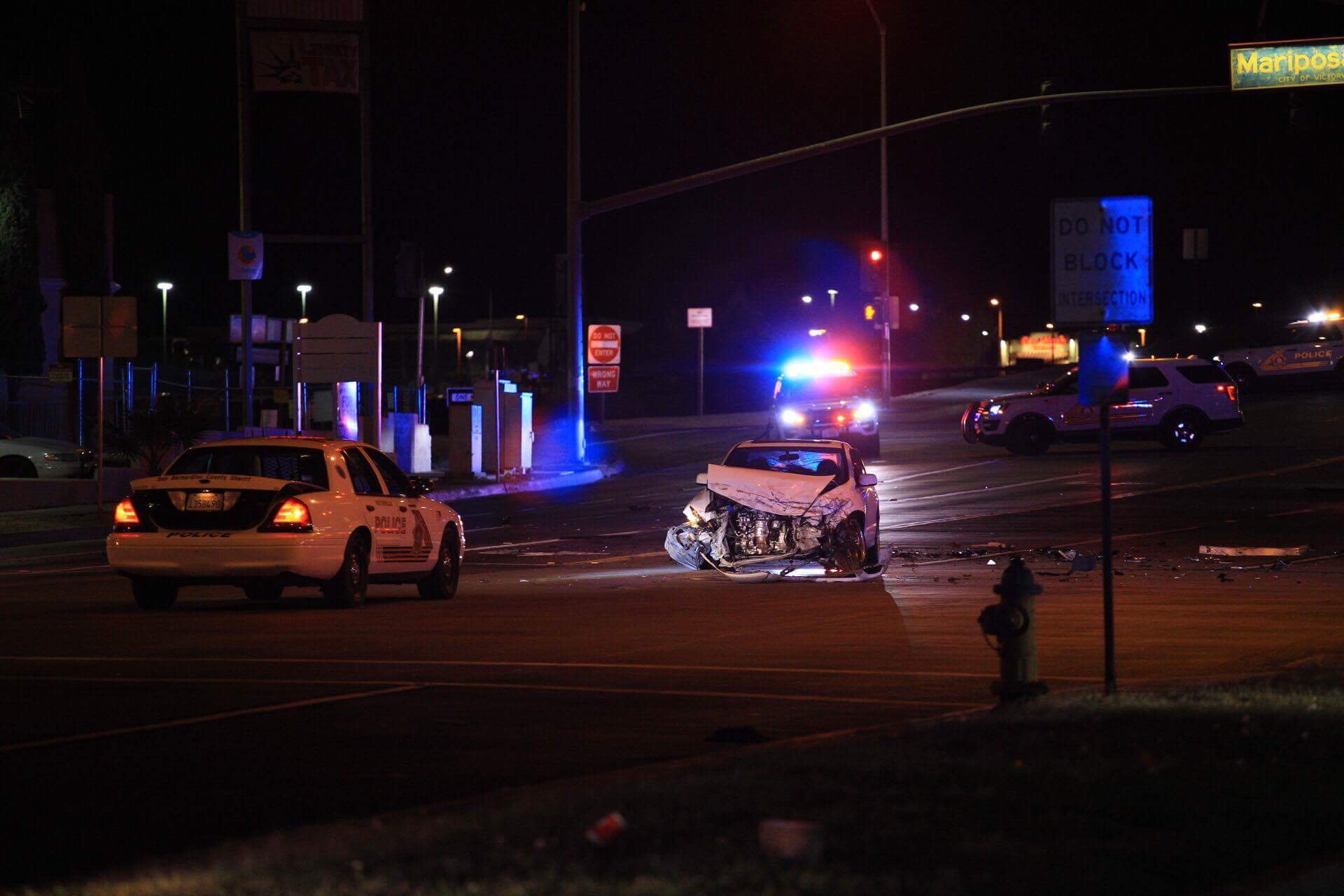 VICTORVILLE, Calif. (VVNG) – A deputy from the Victorville Police department was involved in a collision while in route to a medical emergency for a man not breathing.

The accident occurred on Sunday, December 4, 2016, at approximately 2:40 a.m., at Bear Valley Road and Mariposa Road.

As the deputy traveled through the intersection he collided with a 2008 Honda Civic.

“According to witnesses the marked patrol unit had lights and sirens activated as it approached and entered the intersection, on a red light, and was hit by the Honda,” stated Sheriff’s spokeswoman Mara Rodriguez.

The driver of the Honda complained of minor chest pain due to air bag deployment but refused medical treatment.

The Honda driver was cited for driving without a license and the deputy suffered minor abrasions from the incident.

The collision is being investigated by the station and an administrative investigation will be completed as well, as is protocol with any collision involving a deputy.