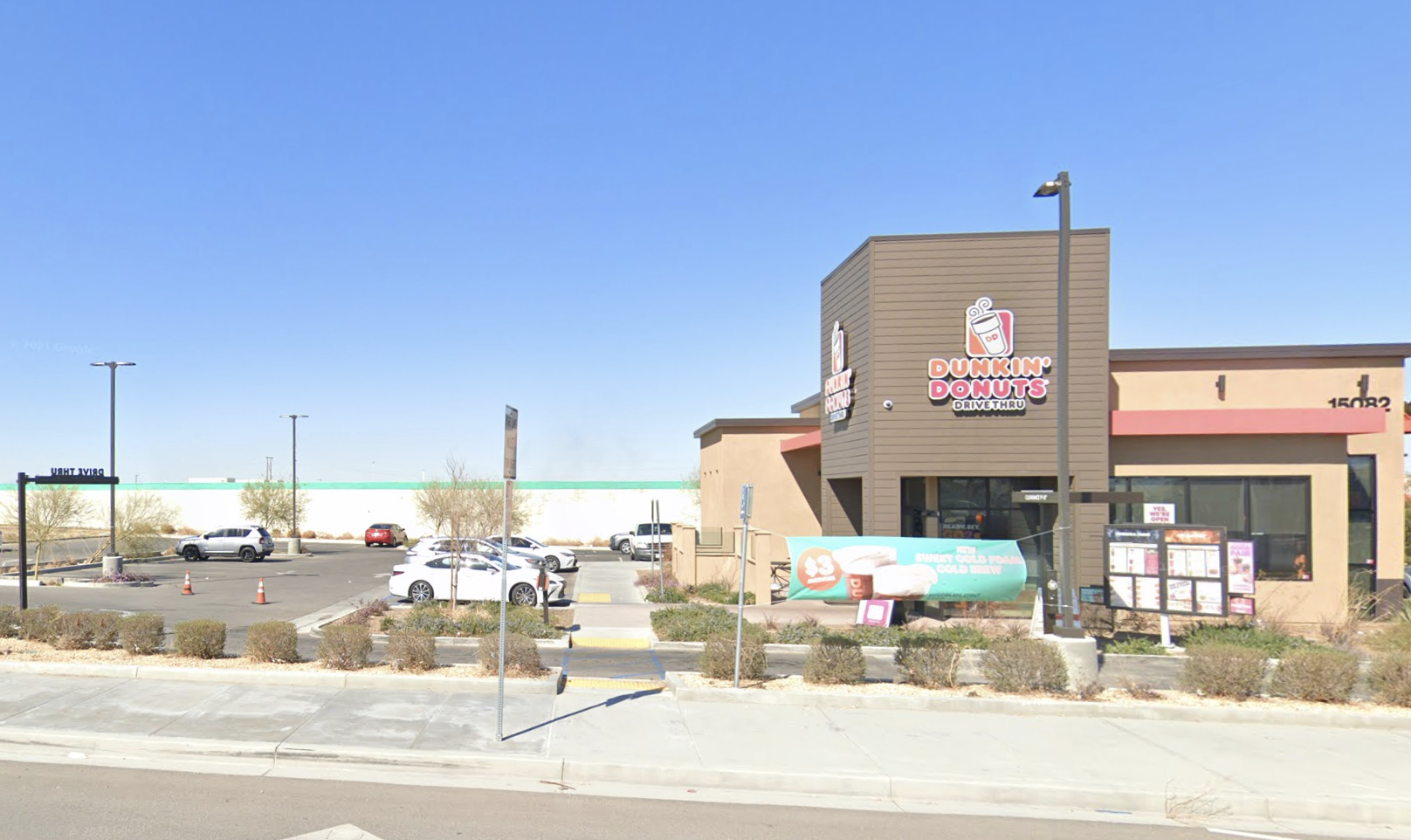 VICTORVILLE, Calif. (VVNG.com) — Authorities are investigating after a man was carjacked in the Dunkin’ Donuts parking lot following an armed robbery inside the business.

According to a news release, an employee reported an unknown male came into the business, armed with a handgun, and demanded money.

Deputies arrived at the location and learned the suspect exited the business and approached a man in the parking lot.

“The suspect pointed the gun at the man and ordered him to get out of his vehicle. The suspect fled the location in the man’s 2020 Toyota Tacoma. At approximately 9:25 a.m., deputies located the stolen truck in the 16500 block of D Street,” stated the release.

Sheriff’s officials said the suspect has not been located and his identity is currently unknown. He is described as a Hispanic male, 30-40 years of age, with a bald head or very short hair. He was last seen wearing a white shirt, blue jeans, and a face mask.

The investigation is ongoing and anyone with information about this investigation is asked to contact Deputy R. Syphax or Deputy E. Smith at the Victorville Police Department at (760) 241-2911 or Sheriff’s Dispatch at (760) 956-5001. Callers wishing to remain anonymous are urged to call the We-Tip Hotline at 1-800-78CRIME (27463) or you may leave information on the We-Tip website at www.wetip.com.