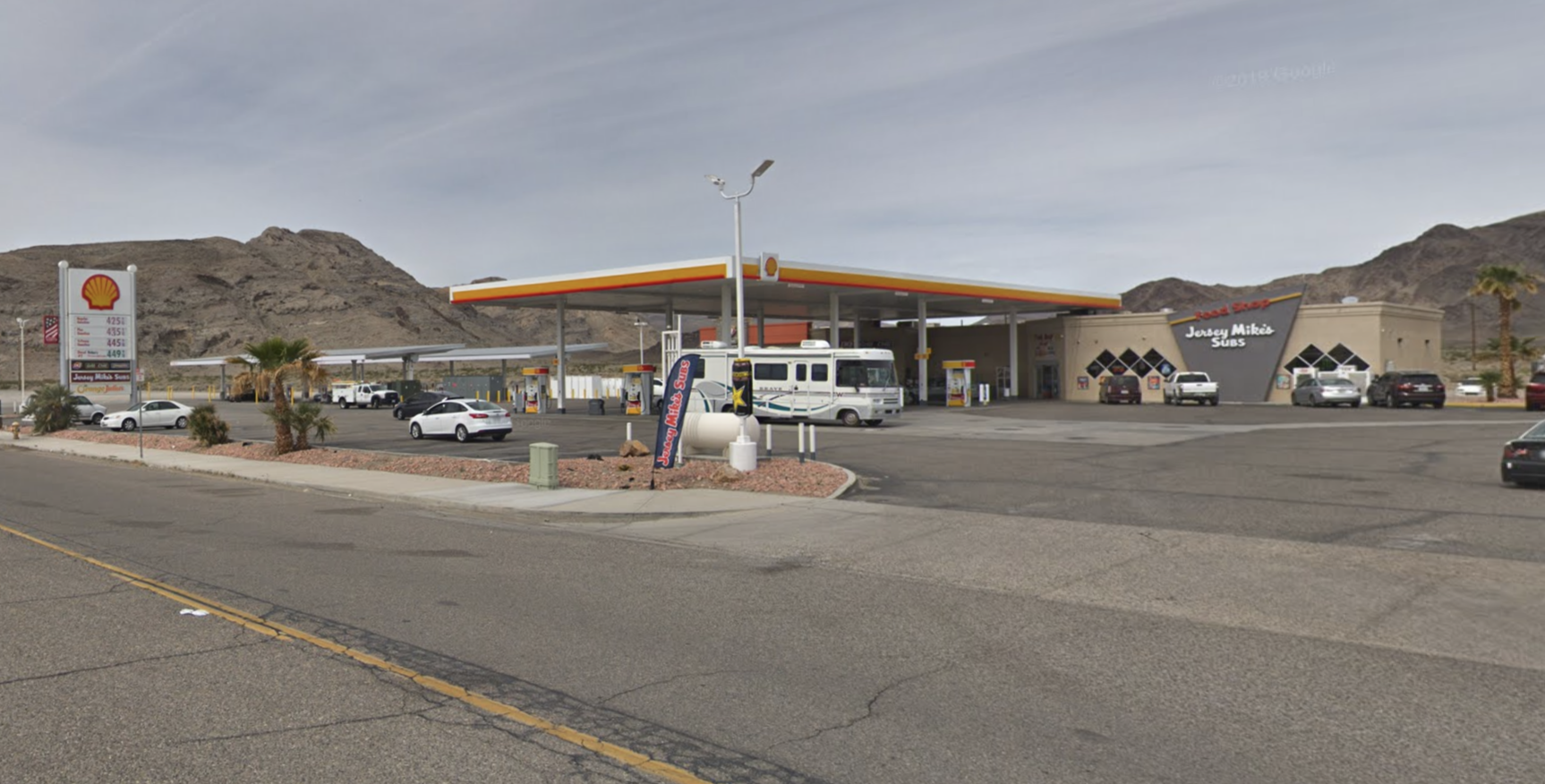 BARSTOW, Calif. (VVNG.com) –Detectives are asking for the public’s help in locating a suspect wanted for carjacking and robbing a man at a gas station in Baker.

It happened on Friday, August 9, 2019, at approximately 6:10 am when the victim was refueling his white van at a Shell Gas Station located at 71808 Baker Boulevard in Baker.

According to a sheriff’s news release, “a black male adult approached him, simulated a gun in his pocket, threatened to shoot the victim and demanded the victim’s vehicle and money. The victim complied by giving the suspect the van keys and $300. The suspect then fled in the victim’s van southbound on Baker Boulevard towards the I-15 freeway. Once the suspect left the scene, the victim called 911.”

A sheriff’s helicopter located the victim’s vehicle nearby, unoccupied.

“He wore blue surgical gloves, a grey or black sports hoodie with orange or red stripes on the sleeves and white inner lining, black pants, and black shoes. The suspect was described to have several tattoos,” officials said.

Anyone with information regarding this incident is urged to contact Detective B. Grimm of the Barstow Sheriff’s Station (760) 256-4838.