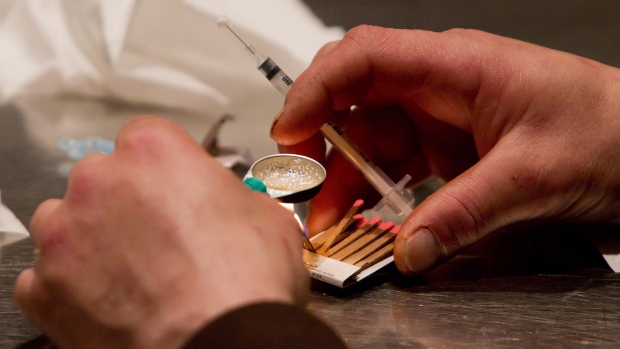 VICTORVILLE-(VVNG.com): At about 7:15 p.m. on Tuesday, October 27th dispatch received a 911 call reporting that a man was shoplifting at the Home Depot Store on the 15100 block of Bear Valley Road. The store loss prevention reported that the man was speaking incoherently and had needles filled with Heroin with him.

The loss prevention officers took the needles in their possession, causing the man to refuse to leave the store. The man said that he refused to leave until deputies arrived to the location to assist him in getting his “stolen” needles back.

“Loss prevention did not want to press any charges, so he was advised to leave,” said San Bernardino County Spokesman, Sgt. Dave Burgess.