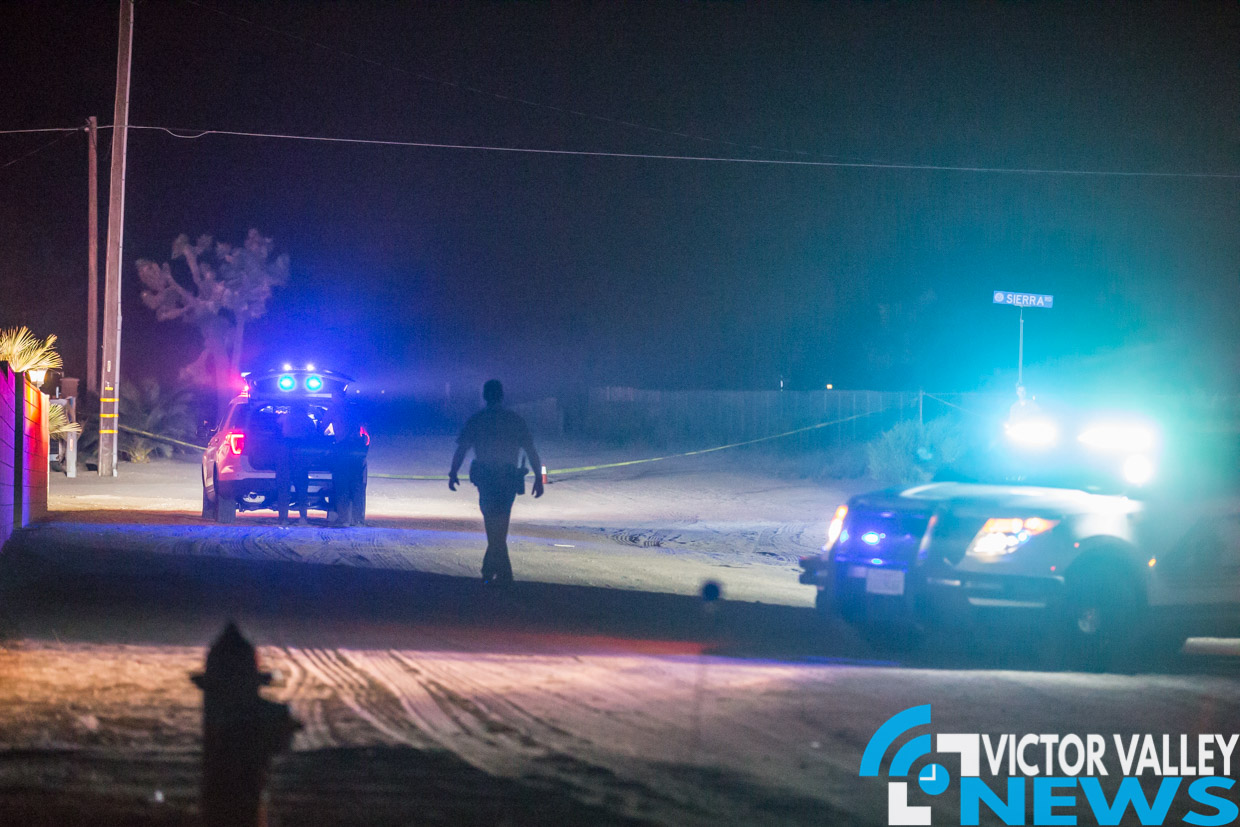 At approximately 1:43 a.m., Victorville Sheriff’s Deputies responded to Daisy and Sierra Roads and found the victim lying in the middle of the intersection with gunshot wounds to his back, legs, and fingers.

The victim, a Victorville resident in his 30’s, was rushed to a local hospital as he was slipping in and out of consciousness.

So far, no arrest has been made, however, the victim was able to provide deputies with the suspect’s name and vehicle description.

As of Sunday afternoon, Sheriff’s officials were not able to provide information on the victim or his condition or details surrounding the shooting.

Just hours before this shooting, a man was airlifted after being shot at an apartment complex in Adelanto. No suspect has been named and authorities don’t believe the two are connected.

Backpage AD Leads to Arrest of Pimp in Barstow