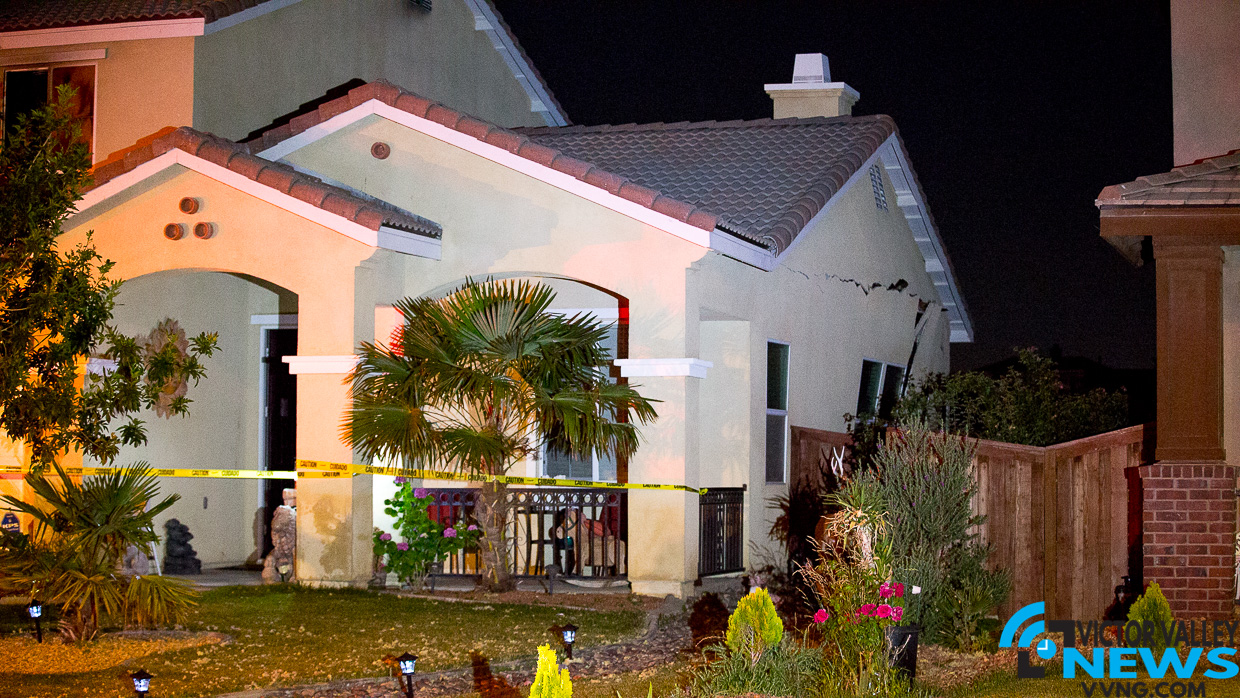 Neighbors told Victor Valley News they heard a loud explosion and then saw fire coming from the upper floor of the two-story home.

“It was very loud and scary. I ran out of my house to see what it was. That’s when I saw a man lying in the driveway yelling in pain,” said a neighbor who wanted to remain anonymous.

San Bernardino County Fire arrived and treated the male suffering with burns to 50% of his body.

“The male sustained burns to his face, arms, hands, legs, basically any part of his body that was exposed,” stated Batallion Chief Kelly Anderson.

Due to the victim’s injuries, firefighters requested an airship to airlift the man to Arrowhead Regional Medical Center.

A second person was treated at the scene for smoke inhalation, however, declined any medical transportation.

The home sustained major visible structural damage as a result of the explosion. The force of the blast caused the wall on the side of the house to crack outward. Building and Safety arrived and deemed the house uninhabitable forcing the occupants to be evacuated.

According to Fire Captain Jason Serrano, there were no injuries to firefighters and the damage was estimated at around $75,000. Firefighters managed to contain the fire to the second floor.

Sheriff’s official’s at the scene told Victor Valley News they inspected the house and found nothing suspicious that would indicate it was a drug house.

The San Bernardino County Sheriff’s Arson/Bomb Detail was requested to conduct the investigation.

“It is unknown at this time what caused the fire and explosion. The investigation is ongoing,” stated Sheriff’s officials.