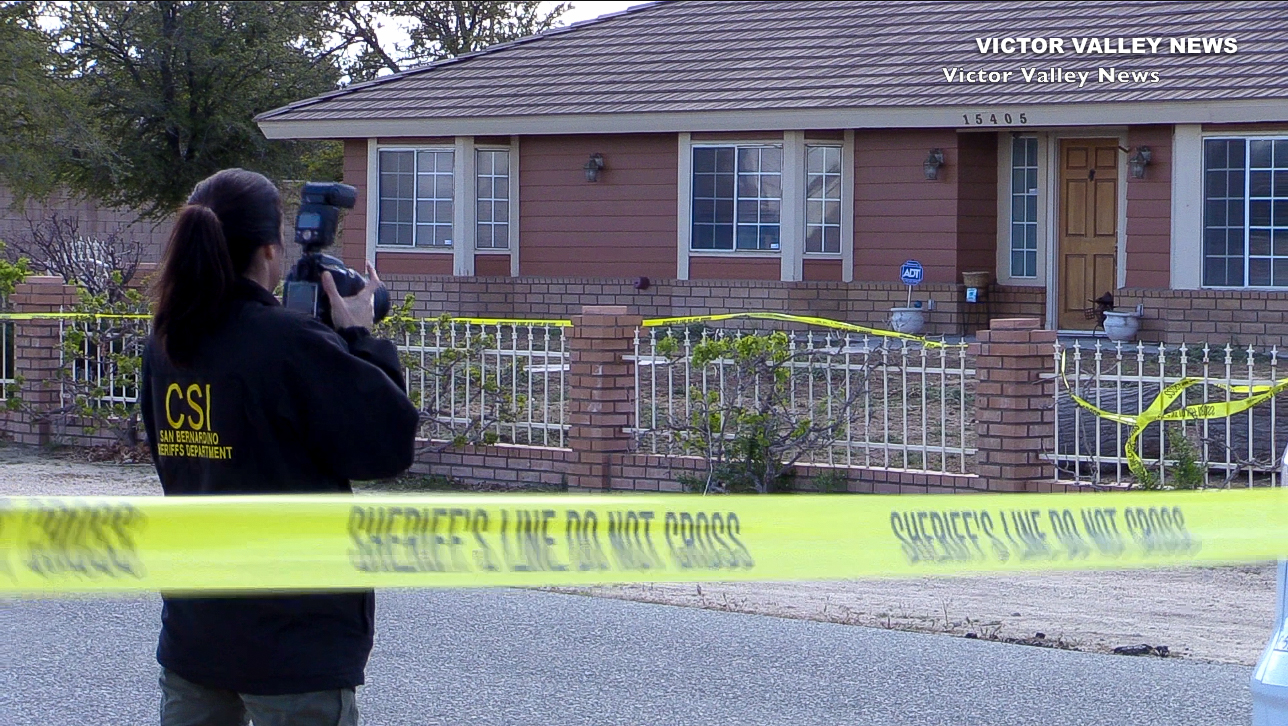 VICTORVILLE, Calif. (VVNG.com) Authorities have a launched a death investigation after a man was found bludgeoned to death in a Victorville home Monday morning.

Deputies from the Victorville Sheriff’s station were dispatched at approximately 7:42 a.m. to the 15400 block of Pamela Lane near Sunny Vista Road.

According to scanner traffic, the parents called 911 and said they suspected their 23-year-old son committed suicide after finding him in a pool of blood with a hammer nearby.

Per scanner traffic, officials confirmed the male had sustained injuries to the back of his head, but have not been able to rule out foul play at this time.

Sheriff’s Spokeswoman Mara Rodriguez said the investigation has been turned over to the Sheriff’s Homicide Division.

Pamela Lane was closed between Topanga Road and Sunny Vista Street for severals hours and remains closed as of 11:30 a.m. Monday morning.

At this time no further information has been made available.

Man Hit by Vehicle in Hesperia Dies at Hospital