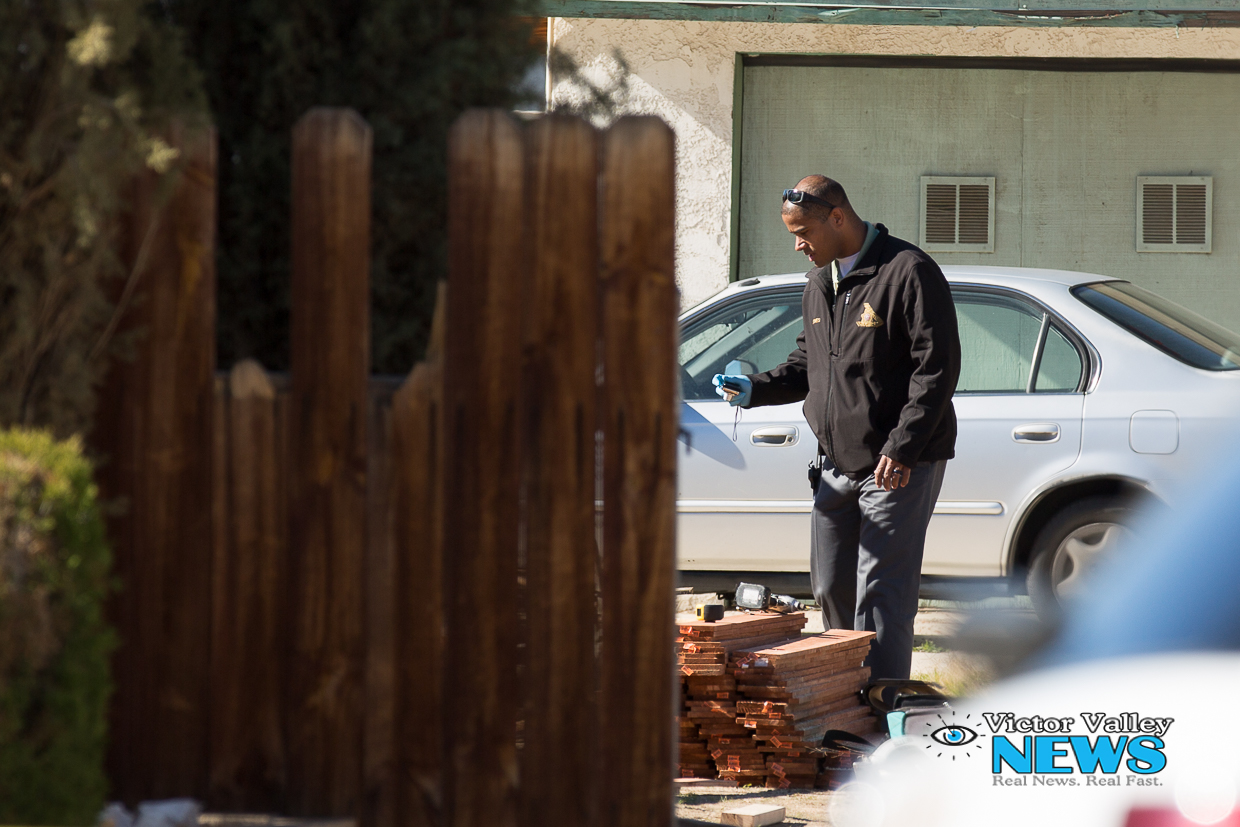 On January 17th, at approximately 10:22 a.m. a code enforcement officer was conducting a follow-up inspection at the residence located in the 10600 block of Balsam Avenue in Hesperia.

“When [Code Enforcement] arrived on scene a male subject frantically left the residence and fled on foot,” Chambers said, which then prompted the officer to contact the Hesperia Sheriff’s dispatch to report the incident.

Upon arrival deputies located the victim, Michael Trang, suffering from blunt force trauma to his head. Trang was airlifted to a trauma center where he was later pronounced deceased at 12:15 p.m.

Per scanner reports, a hammer was located at the scene and suspected of being the weapon used in the murder.

The home on Balsam Avenue was taped off for the investigation. (Gabriel D. Espinoza, Victor Valley News)

While continuing to search the residence, deputies were advised by Sheriff’s dispatch that there were several calls reporting a suspicious male subject in the area near the incident location. Deputies located Milan Lam in the area, and he was detained.

Homicide Investigators were requested and responded to the location to conduct the investigation. Milan Lam was interviewed by investigators and subsequently arrested, transported and booked into the High Desert Detention Center for PC187 Murder.

The investigation is ongoing, and anyone with information related to this investigation is asked to contact Detective Justin Long or Sergeant Dave Johnson (909) 387-3589. Callers wishing to remain anonymous are urged to contact the We-Tip Hotline at 1-800-78-CRIME (27463) or via their website at www.wetip.com