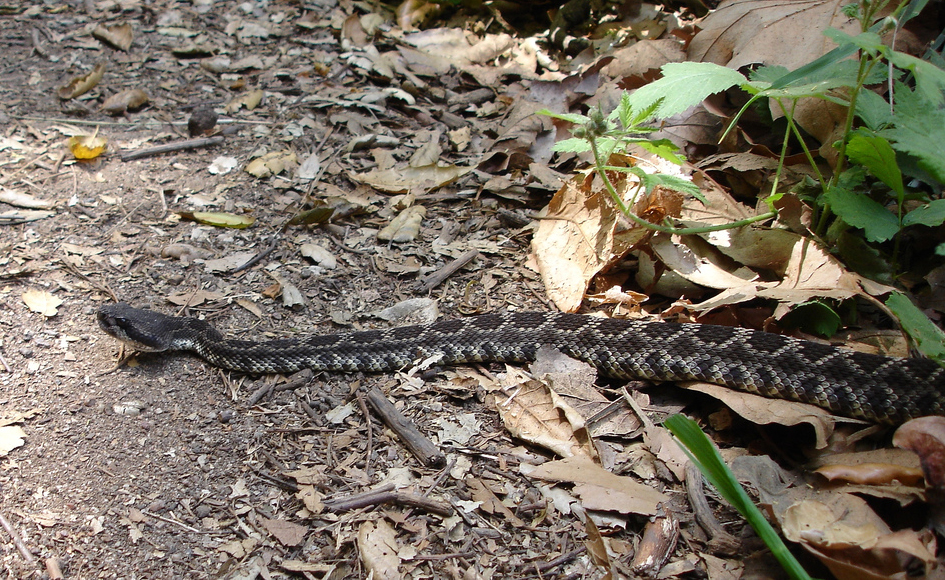 [googlemap src=”” align=”alignright” ]On March 24, 2014 at approximately 12 noon, San Bernardino County Fire Department Communications Center received a 911 call of an adult male bitten by a rattlesnake in the 15000 block of Swarthout Canyon Rd. in the lower Cajon Valley. A medic engine company as well as a medic ambulance from the County Fire Department responded and arrived approximately ten minutes after the call had been placed.

Upon patient contact it was found that the adult male was working around an old pile of firewood in which he was tidying up on the property when he reached for a log in the pile and felt a burning sensation in his arm.  At that point he noticed a juvenile rattlesnake, later identified by fire personnel as a Southern Pacific Diamondback Rattlesnake.

These types of snakes are very venomous and are also known by the name of Western Diamondbacks here in the Southern California Region.  County Fire Paramedics provided immediate advanced life support, stabilizing the victim, and rapidly transported the victim to LLUMC where doctors were there waiting his arrival to aggressively treat the bite. The victim arrived at the doors of LLUMC in less than one hour from the time the 911 call was placed thus decreasing the possible damage to his tissues.

[box type=”warning” align=”aligncenter” ]San Bernardino County Fire Department would like to remind the public that as the temperatures increase these cold-blooded creatures will be coming out of hibernation looking for food and warmth. Please take heed when working around piles of wood, rocks, or debris to not reach into areas that cannot be seen. Use of a long stick when reaching into bushes for recyclables or other objects may prevent a venous bite and a trip to the Emergency Room.[/box]