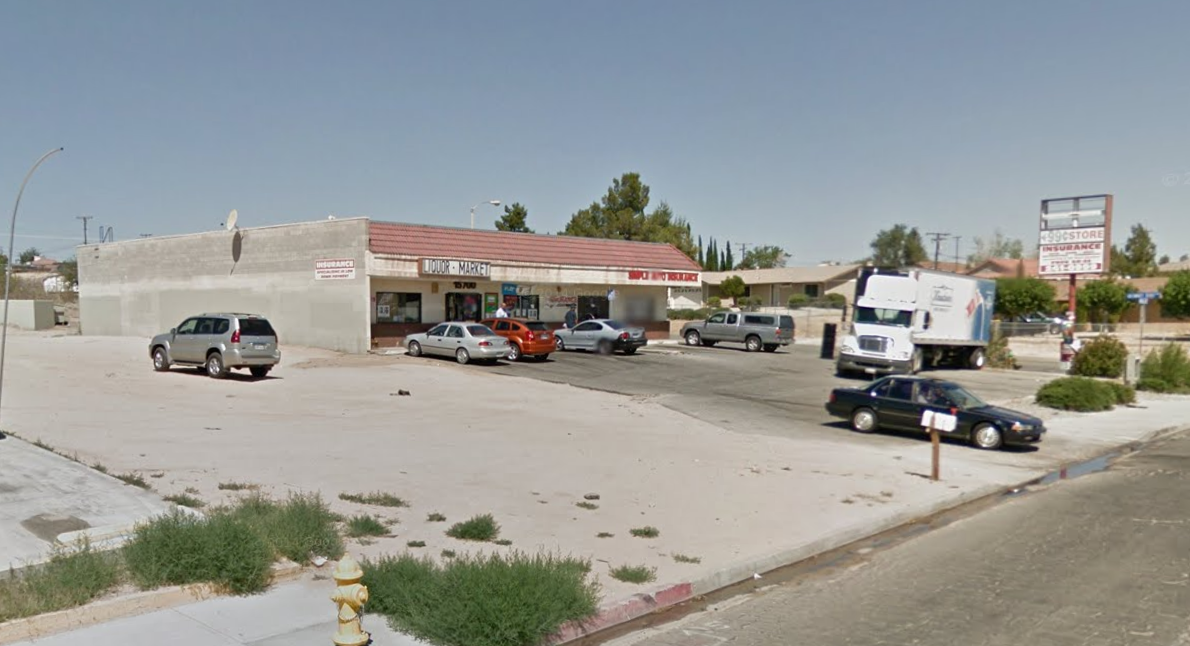 VICTORVILLE:(VVNG.com)- Victorville Police responded to Village Market located in the 15700 block of Village Drive in Victorville following a report of an assault on Sunday, January 26, at approximately 9:36 P.M.

Per scanner traffic, the male victim was “jumped” by seven individuals. While the victim was on the ground his attackers punched, kicked and stomped on his head. The suspects ran from the location and the victim was left unconscious on the floor.

The victim was transported by ground ambulance to a local hospital. Where he reportedly remains unconscious but in stable condition.

The victim is described as a black male adult in his early 50’s. According to a source, earlier in the day an altercation took place involving the victim and a female in front of the business. The attack was possibly a retaliation from the earlier incident.

At this time police have no leads at all. Anyone with information is urged to contact the Victorville Police Department at 760-241-2911. Those wishing to remain anonymous can contact 1-800-78-WETIP and reference number 171500950.